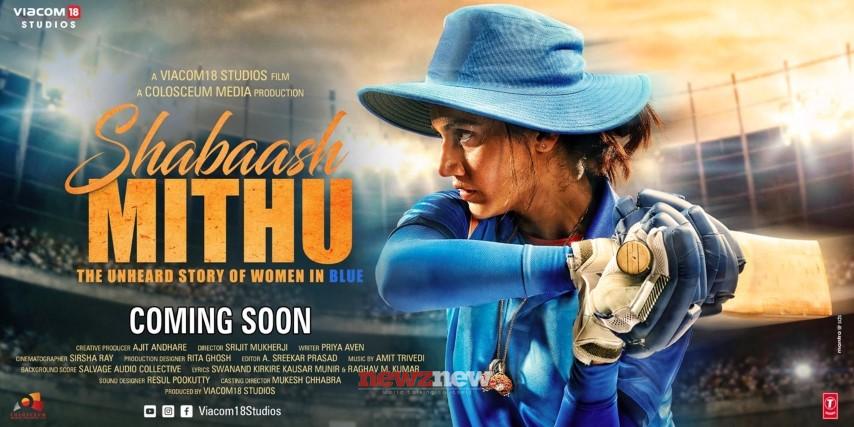 Directed by Srijit Mukherjee, Shabaash Mithu tracks the journey of Mithali Raj, ex-captain of the Indian Women’s Cricket team for both One Day and Test Matches. Leveraging its association with the film, USHA’s campaign will include a co-branded TVC, strategically placed in-film branding, digital activation and online contests, celebrity meet-and-greet, as well as mass advertising in cinema halls pan India, in order to amplify consumer connect and engagement.

Acclaimed actor Taapsee Pannu will be seen reprising the role of the legendary cricketer Mithali Raj, on-screen and Brand Usha will be visible in relevant scenes including several match sequences, home scenes, award functions, and press conferences in the movie.

In one of the scenes, Tapsee is seen using the Usha Collosal DLX Wet Grinder while doing household chores. As a part of the collaboration, the brand will also launch a co-branded TVC.

Commenting on the association, Saurabh Baishakia President Usha Appliances said, “We are very excited about Shaabash Mithu as it’s about following your passion, eating nutritious food and following a healthy active lifestyle, each of which is deeply entrenched and core to our corporate philiosophy. Our range of products caters to those looking at nutrition and health – our appliances add convenience and shorten time spent in the kitchen, freeing up time for people to follow their passions and stay physically active. Shabaash Mithu is a film that will inspire people from all walks of life to pursue their dreams.”

BOI continues to hold its pivotal position as 2nd most trusted...

Top Reasons why investing in Oil and Gas Companies is Fruitful