Home News VENICE 2 will be a Game Changer camera in the area of...
Facebook
Twitter
WhatsApp
Email
Print
Telegram 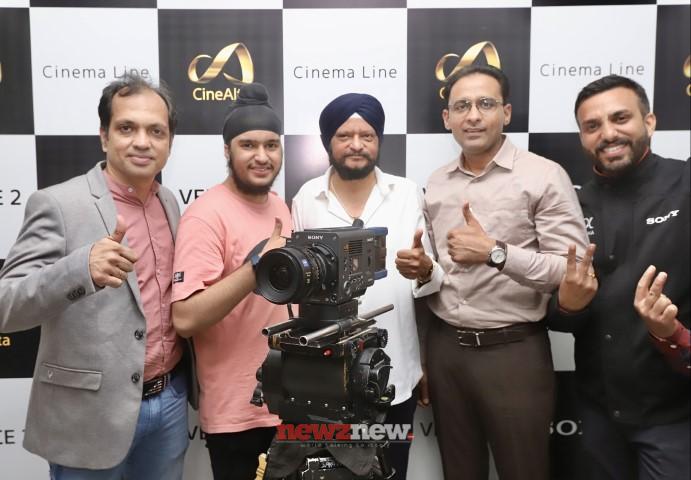 The delivery was given at a ceremony held at Radha Trading Company in Industrial Area, Phase I, Chandigarh . It is noteworthy that Sony, a Japanese multinational conglomerate, has recently unveiled  VENICE 2 , which is slated to be a milestone in the world of digital imaging.

Gurpreet Singh, Director Saya Films said, “I am honoured to have received the first delivery of the state-of-the-art camera – VENICE 2. VENICE 2 will be  a game changer camera in the area of  ‘Punjabi film cinematography’ in Chandigarh which is a UT, Punjab and even Haryana . The  Punjabi Film Industry which is popularly known as ‘Pollywood’ will be the greatest beneficiary.”

It is to be noted that Sony India introduced VENICE 2, the new flagship model and latest addition to its line-up of high-end digital cinema cameras on 13th July 2022.  Mukesh Srivastava, Digital Imaging Head at Sony India said, “We are so pleased to have seen the success of the original VENICE over the last four years. Based on the feedback from leading cinematographers and production companies around the world, we recognized an opportunity to improve by leveraging many of our latest imaging and sensor technologies. By doing so, we are taking the VENICE 2 image quality to a new level. We also made the camera smaller and are offering internal recording to enable more creative freedom,”.

The new VENICE 2  features compact body design, internal X-OCN recording and ability to interchange sensors between models to further enhance its operability and versatility. It builds upon the strength of the original VENICE with new features including a compact design, internal recording and the option for two different sensors: the newly developed full-frame 8.6K sensor or the original 6K VENICE sensor.  The VENICE 2 also inherits popular features from the original VENICE including colour science, Dual Base ISO and 8-stops of built-in ND filters.

VENICE 2  is equipped with high end features. It has extraordinary image quality and incredibly low light sensitivity. It is smaller and lightweight. It has an interchangeable sensor design. It is equipped with enhanced usability with an internal recording facility. Sony’s first full frame digital motion picture camera VENICE 2 can capture images up to a maximum resolution of 6048 x 4032 in full-frame.

It is notable that since its launch in 2017, VENICE 2 has been used to shoot more than 300 theatricals, broadcast, cable, and streaming releases. A few of them are Top Gun: Maverick; Avatar Sequels; Black Widow; The Crown Season 4; Reacher, and Ozark Season 3, all Hollywood. Indian feature films and series include Bell Bottom; Jersey; Runway 24; Dhaakad; Mahaan; A suitable Boy; Rudra; Special Ops, and Scam 1992.