“The government in the saddle is doing its best for the integrated growth of the state by mulling to set up small-scale industries to generate employment avenues for the youth”, said state Industry and technical education minister Vikram Thakur while addressing a public gathering at Sikhan-da-Talab (Pragpur) here on Thursday. 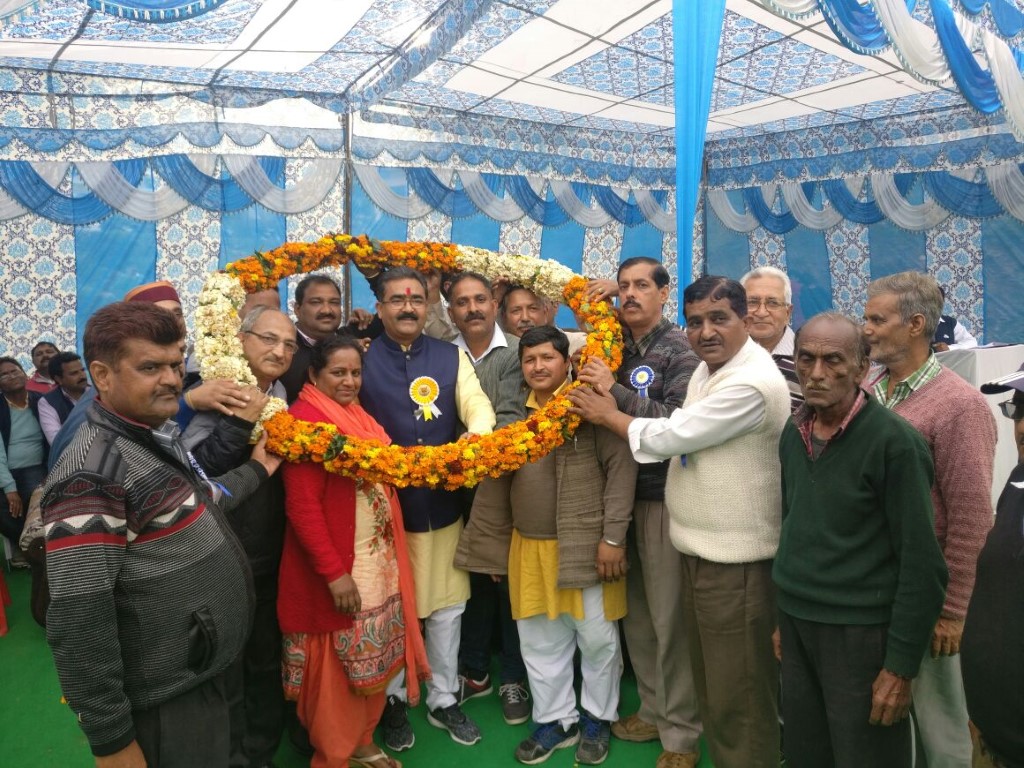 Addressing a massive gathering for the first time after being sworn in as a minister, Thakur said the integrated growth of this segment, an integral part of the first-heritage-village of the country, which remained neglected during the 10-year-long  Congress regime, is all set to see a dawn of development, which was on his top agenda.

The minister said the long-pending demand of Sikha-da-Talab, with a historical background, like the restoration of ‘patwarkhana’, which was shifted to the Upper Pragpur area four years ago, speeding up of lift-irrigation scheme, plying of a bus service via Butelan-da-Naun, re-carpeting of the pot-holed road, renovation of the worn-out public serai here were on the government’s priority agenda.

Earlier, Panchayat Pradhan Sudesh Kumari Sharma, urged the minister to have sufficient funds sanctioned for the pending works of the first-heritage-village so as to continue the pace of public-centric works which were going at a snail’s pace due to the paucity of funds. She also enumerated the public welfare works undertaken by the village panchayat.

Presenting a vote of thanks to the distinguished gathering, OBC Chairman Balbir Singh Dhiman, said the public had always come forward when the issue of concern was the area’s integrated development. He urged the minister to restore back the veterinary hospital to Sikhan-da-Talab, which was relocated to Garh segment a couple of years ago as the ruling dispensation acted as a sitting duck. He thanked the public for sparing its valuable time to be a part of the gathering on the occasion.