Viswasam, which is to be Ajith’s next venture may release its first look on 23 August, reports IB Times. Director Siva’s filming schedule ensured that the film would hit the screens by Pongal/Sankranti 2019 with a shooting wrap-up aimed before November 2018. 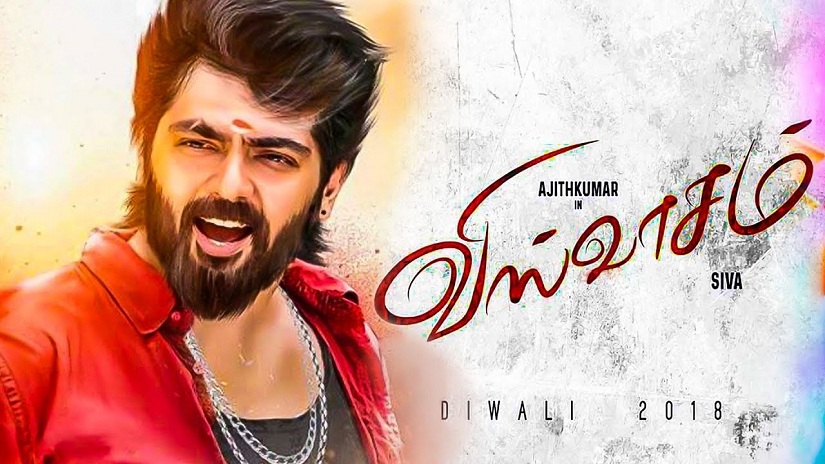 The release of the first look has been reportedly preponed from Diwali owing to the auspiciousness of 23 August. Siruthai Siva, who is an ardent believer in Sai Baba, generally sets his releases on Thursdays.

Ajith plays the role of a cop in Viswasam and actress Nayanthara will play female lead. Anikha, Vivek, Robo Shankar, Yogi Babu and other supporting artistes are part of the Tamil movie produced by Sathya Jyothi Films.

The project marks Siva’s fourth consecutive project with Thala Ajith after Veeram, Vedalam and Vivegam. The shooting for the film has been going on at a steady pace. As reported earlier, in the two consecutive Hyderabad and Rajahmundry schedules, Siva completed a lighthearted comedy stunt sequence, two songs and 40 percent of the shoot of Viswasam.

D Imman has been roped in to compose the music for the film which marks his first association for an Ajith-starrer. The film is reportedly to be released in Telegu as well. “Though the story is set in Madurai and Theni backdrop, the predominant portions of the film are being shot in Andhra Pradesh and Telangana. Director Siva believes that the film will perform well at the Tollywood box office so the team is also planning to release the dubbed Telugu version on Sankranti”, said a source close to the team.

Aditya Narayan to host the new season of Sa Re Ga...