Gang leaders- Rannvijay Singha, Neha Dhupia, Karan Kundra and Prince Narula land in Chandigarh to continue the hunt for the next Roadie

newznew (Chandigarh) : MTV, the cult youth brand is back again with a whole new adrenalin induced season of the country’s longest running reality show on Indian television, Renault MTV Roadies Rising powered by Vivo Smart Phone & Woodland. Giving adventure seekers a once- in- a- lifetime opportunity to feel the rush of excitement, Roadies is back with a brand new adventure squad as ace Indian off-spinner, Harbhajan Singh joins the fearsome four – original Roadie, Rannvijay Singha, the fierce and sassy, Neha Dhupia, Renault MTV Roadies X4 winner, Karan Kundra and Roadie and reality TV star, Prince Narula. To weigh in on who gets to be in their gangs, Rannvijay, Neha, Karan and Prince visited Chandigarh for the auditions and were impressed with the enthusiasm and passion they saw on ground. 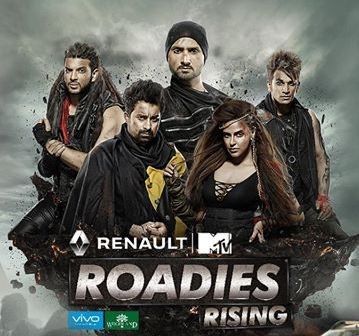 This year the Roadies brigade rode down to the dream city of India’s first Prime Minister, Pt. Jawaharlal Nehru, Chandigarh, for the auditions. Chandigarh is the city that reflects new India’s modern and progressive outlook, one which is symbolic of the freedom of India and an expression of the nation’s faith in the future. The vibrant city perfectly befits the theme of the show which resonates with the aggression to excel. Boasting of its effervescent history, Chandigarh-ites turned out in huge numbers to live their ultimate dream of becoming a Roadie.

Speaking about returning to Chandigarh for auditions, the original Roadie Rannvijay Singha said, “Chandigarh never disappoints us! This city has given us some of the best contestants in the past. Chandigarh contestants always bring with them a unique blend of passion and perseverance. This year too, I’m seeing some great energy at the audition venue and I’m really hoping to find someone for my gang from Chandigarh!”

The winning gang leader from last season, Karan Kundra, added, “This is the third year of my association of being a gang leader on Roadies and I am extremely kicked about the new season. We met some extremely talented and able participants at Chandigarh. I’m sure I’ll find someone special enough for my gang from here!”

Television heartthrob and winner of Roadies X2, Prince Narula, who will be auditioning contestants for the first time explained, “For me, this is an extremely crucial audition as I will be auditioning Roadies hopefuls for the first time ever! I’ve been on the other side, so it’s definitely exciting for me to be on this side of the room now. Being a contestant in the past, I know how tough it can be. All I have to say to the young people auditioning in Chandigarh is, Roadies is all about showing your passion and putting your heart into the game. Best of luck Chandigarh-ites, do your best!”

Fashionista and the only female gang leader in the squad, Neha Dhupia said, “I was sure Chandigarh would be a great show and we did get an amazing set of contestants from the city. I hope that my presence on the show as the only female gang leader keeps motivating the humongous number of girls all over the country for them to come forward for the auditions and live their Roadie- dream.” 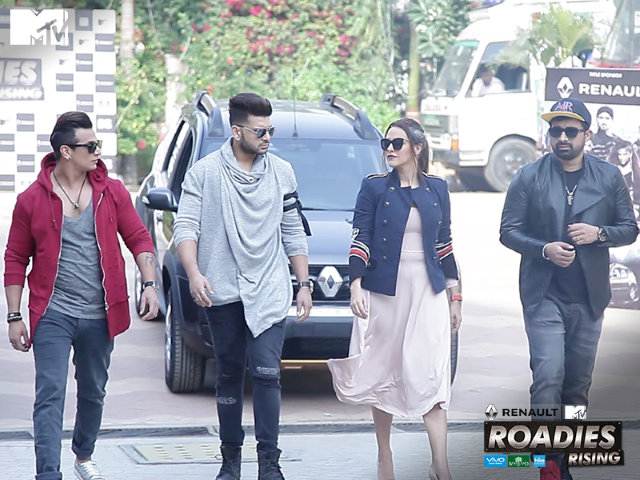 Ushering in the adventure- packed new season, the cult reality show has been reinventing itself with every new season and this year it promises to bring out the warrior within a Roadie through a life- changing experience. The new season aims at unleashing the magnanimous warrior within a Roadie by helping them fight their demons and rise from their ashes. The Roadies will commence their journey from Jhansi and will culminate at the ultimate battle ground- Kurukshetra.

Also Read :   Navratra Flavours at all outlets of Shree Rathnam

The Chandigarh auditions were held on 10th December, with the day starting with group discussions being followed by one- on- one interactions with the gang leaders. The auditions were filled with oodles of excitement and more horsepower than ever!

Unleash the Roadie within you and join forces with your favourite gang leader on the ultimate road to victory with the all new, Renault MTV Roadies Rising!