Watch Rishtey WTP World Television Premiere On Which Date Channel Timings & Cast: India’s one of the best TV channels, who provides you excellent and fantastic movies on its channel. Yes, we are talking about Zee Cinema that brings lots of entertaining movies with unlimited romance, love, action, and fight. 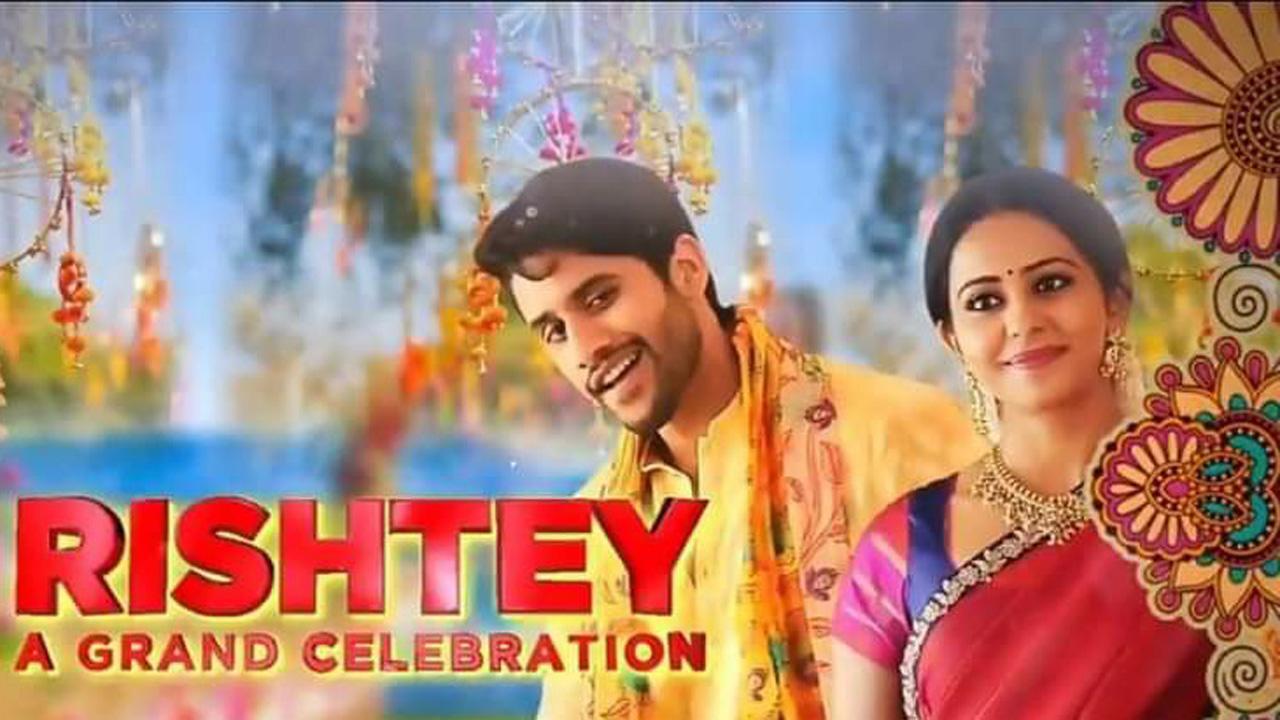 Tonight, one more epic story will be seen on the channel with the exclusive and talented actors and actresses on the channel. Rishtey: A Grand Celebration movie will going to be telecasted on Zee Cinema today means March 21st, 2021. The movie is based on a love story and maybe, the story will definitely capture the hearts of fans.

While the movie has actor Akkineni Naga Chaitanya and actress Rakul Preet Singh and both will be seen in a leading role. Along with them, there are too many popular faces. Don’t miss to watch this amazing love story on March 21st, 2021 at 08:00 PM on the Zee Cinema channel.

The movie is directed by Kalyan Krishna Kurasala and Produced by Naga Chaitanya’s father Nagarjuna Akkineni under the Annapurna Studios. On the other side, Kalyan Krishna Kurasala is also the writer of the movie while the screenplay was handled by Satyanand, and music is given by Devi Sri Prasad. Cinematography is handled by N. Vishweshwar. According to the details, the movie has 150 minutes of running time. The movie has another name in the south region as Rarandoi Veduka Chudham.

The movie has a very interesting story and to move forward, the creators have taken too many popular faces in this movie. Also, they were liked by the audience and their acting was appreciated by the viewers. Around 15-20, actor and actress is a part of this love story but we will provide you some important name that has a unique and special role in this. They have a popular name in the Tollywood industry and maybe, they will get more fam in the Bollywood lovers. Here are the names of the cast members:

The story of the movie revolves around the life of Bhrahmaramba (Rakul Preet Singh) and Shiva (Naga Chaitanya). The story starts with the love journey them and the strength of shiva attracts him towards Bhrahmaramba. They meet at a wedding and Shiva falls in love with her at first sight. Their journey of love will be worth watching while they both will have to face lots of problems in their life.

So, the amazing love story will be seen on the Zee Cinema channel while the fans are again waiting to watch this movie on their TV screen. On the other side, the movie has gathered lots of positive responses from fans and viewers as well. The movie has honored with many awards in the awards ceremony. So, don’t forget to watch this epic love story at Zee Cinema on Sunday, March 21st, 2021 on Zee Cinema at 08:00 PM IST.