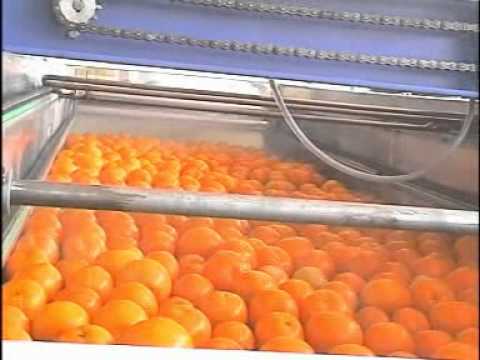 NewZNew (Chandigarh) : The  Agro Industries Corporation is all set to commission Mechanical Grading, Waxing units for Waxing and Grading of Kinnow fruit at a cost of 8.23 Crores by replacing earlier plants setup 20 years ago to improve the packaging and marketing of kinnows in other states and countries .

Disclosing this here today Jathedar Tota Singh, Agriculture Minister, Punjab said that  with a view to improve the marketing of Kinnow in the five units in Citrus Estates at Badal (Muktsar), Tahliwalan Jattan (Fazilka), Chhauni Kalan, Kangmai (Hoshiarpur) and Alamgarh (Fazilka) have already been commissioned.  He said that with the commissioning of Two more units at Balluana (Fazilka) and Jahan Khelan (Hoshiarpur) shortly,  Kinnow growers  would be able to market their produce in distant domestic as well as export markets because of increased shelf life and cosmetic appearance of the waxed and graded fruit. He said that Punjab fruit growers were able to capture New markets within the country like Mumbai, Ahmedabad, Kolkatta, Varanasi, Chennai, Hyderabad, Thiruvanantapuram etc. with the mechanical grading, waxing facility set up by PAIC.