A Singapore based young Indian entrepreneur, Vikas Gupta shared on how he is in the process of creating a huge multi-million dollar mining infrastructure to support blockchain businesses across Asia, starting off with Singapore. 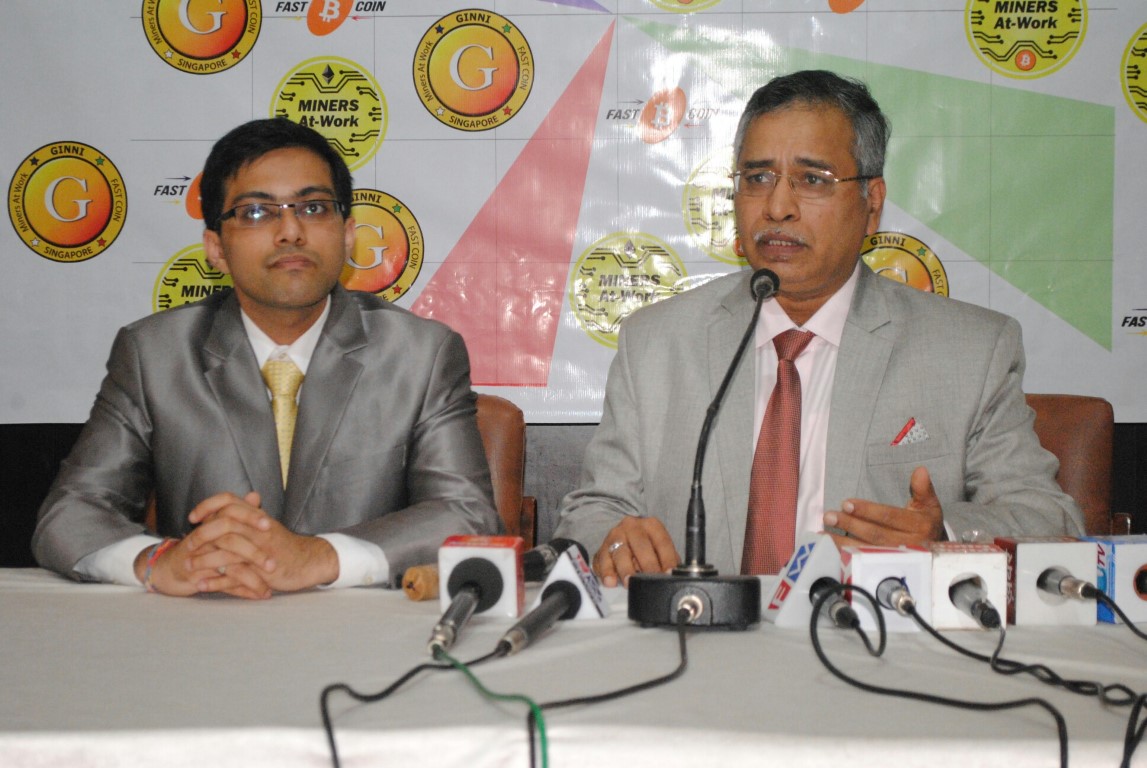 Vikas Gupta, CEO of Miners at Work (MAW) mentioned, “We are making mining simple and user friendly for investors. So that they can get decent rewards without any hassles. Initial Coin Offering (ICO) is a new and transparent way of arranging capital for technology start-ups by crowd funding where investors get tokens for that”.

Vikas Gupta is scheduling an Initial Coin Offering (ICO) of 300 million GINNI tokens. The indian market will have the opportunity to be part of an enterprise that is expecting an average turnover of over U$1 billion per year and with an average profit of over $21 Million making it very lucrative for investors. He is raising about US$15 Million for 50% of tokens at a moderate 6x times P/E ratio.

MAW will be launching its GINNI token PRE-ICO starting on the 6th of December, 2017 and the public crowd sale for the ICO will start on the 6th of January 2018,’ said Mr. Gupta. Pre ICO price(3100 Ginni/Ethereum) gives early investors a gain of about 40% over the closing ICO price(2200-2800 Ginni/Ethereum) making it very attractive in a situation where double digit returns are quite rare these days not only in India but worldwide as well. Ethereum is hovering in the range of US$300 to US$350.

It is very common in this industry to quote token prices equivalent to Ethereum and tokens are issued by smart contract automatically. There is No direct involvement of cash or the banking system in this whole process. Investors send the Ethereum and tokens are send back to the same wallet instantly and automatically without any human involvement. This is a very transparent process where each individual can see how much funds have been raised by this start-up.

Vikas also mentioned, “We value investors as our lifeline and we have decided to reward them more than us, making it a lifelong asset. What makes our business model unique is that, we will retain only 42% of profits and will reward the remaining 58% to investors in a prorated ratio. The rewards will start from the very first quarter itself. This way the investors can get rewards which will be higher than the returns in property and bank interests rates. We are so confident that our team will not be drawing any salary and will be paid from the 48% share of profits only. As such, our investor’s hard earned capital will not be eroded in ‘fat salaries’ akin to C Level executives”. 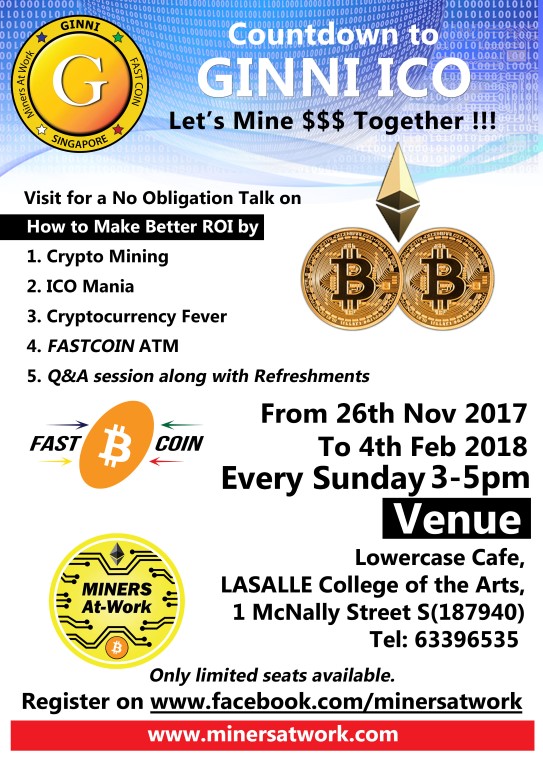 “Our tokens will be listed on at least 2 exchanges and an investor can trade them easily to get liquidity. This gives them an easy exit with options to buy, sell or exchange. We see a strong demand for the GINNI tokens not only in India but worldwide as well.”

‘What makes GINNI ICO different from the others is that it has a business and process in place and the pilot project has been successfully tested. The necessary space, power and team has been arranged. The next step would be to scale up funding by MAW’s ICO which will be used for installing mining servers, FASTCOIN crypto ATM machines as well as develop new value added products,’ said Mr. Gupta who has built a team of experts both in the Singapore head-office and the development team in Gujarat(India).

One interesting fact is that Vikas is able to create jobs for the disabled through Miners at Work. His team consists of individuals who are physically impaired, have shortcomings in hearing, speech and even with conditions such as Cerebral Palsy.

MAW’s second product line is exciting as well. The setting up of a network of FASTCOIN Crypto Automatic Teller Machines(ATM), the first of which will be installed in Singapore next month. These ATMs will trade cryptocurrency for cash and unique in a way that, FASTCOIN can dispense numerous crypto coins as compared to other vending machines which predominantly dispense Bitcoins only.

Digital asset and P2P exchanges (peer to peer exchange) are in the process of development by his team to facilitate trade of coins. This platform will allow individuals to trade Crypto coins with FIAT as well as other Crypto currencies and will have many USP’s.

Singapore is said to be one of costliest place in world. Vikas with his innovative approach has made this business possible and profitable and tested it successfully while most people would refute such an idea deeming Singapore as too costly for mining business.

MAW is strategically based in Singapore and enjoys a lower taxation rates. This makes the business more profitable overall in terms of returns (ROI) as compared to other locations worldwide. Singapore is also supportive to IT savvy industries and could be a hub for future phases of technology.

Vikas informed “We already have a strong feedback and interest from a few investors. Ongoing expansion will be driven by token demand from worldwide, due to merits of our start-up.”

MAW is not Vikas’ 1st billion dollar project. His youth was never questioned when he was selected as Chairman of the En-bloc sales committee of Sim Lim Square. The largest electronic shopping hub in Asia, Sim Lim Square is worth more than $1 billion.  Vikas is the youngest such Chairman in Singapore and the first Indian to have gained the trust and attained the initiative of over 400 businessmen to sell it collectively.

More details about upcoming GINNI ICO can be seen on www.minersatwork.com

Tarn Tarn to be declared Tobacco Smoke Free on Dec. 31