NewZNew (Chandigarh) : Earlier this year, Seven Seas, Merck’s heritage brand announced the launch of its novel educational initiative, the Seven Seas Academy – a nationwide hunt for India’s young masterminds, aiming to create awareness about the importance of brain development among children. Through this activity, Seven Seas reached out to more than 60,000 students across 200 schools in 10 cities, from where 20 of India’s smartest kids came together in Mumbai today to get a chance to explore the stars at NASA.

With Children’s Day around the corner, popular Bollywood actress Raveena Tandon came in support of this initiative and joined the children in Mumbai as part of the grand finale. After a fierce competition, Yuvraj Varma and Ravi Yadav from Chandigarh emerged victorious, winning the coveted title of India’s young masterminds and a full paid educational trip to NASA along with their families. Mr. Anand Nambiar, MD of Merck India, who has been a constant support to the Academy and the students, was also present at the event along with Vandana Lulla, Director of Podar Schools. 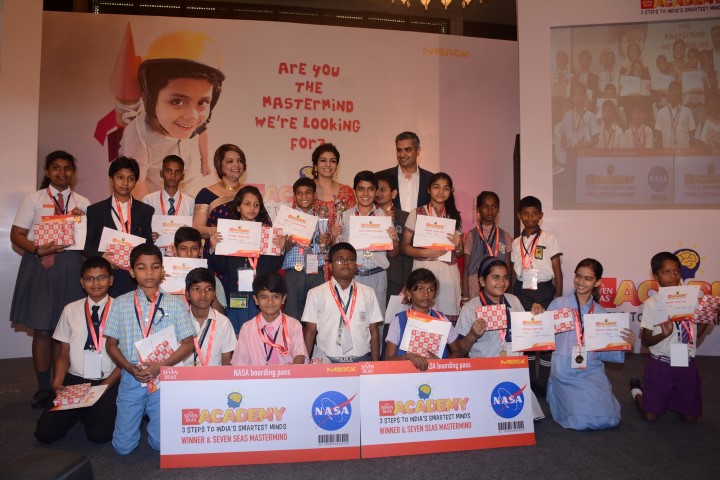 Talking about the importance of health and nutrition among children, celebrity mom and brand ambassador Raveena Tandon said, “With Children’s Day around, the Seven Seas Academy was the ideal manner to celebrate this lovely occasion. Being a mother to four lovely children myself, I understand the importance of brain development and am personally involved in ensuring the right nutrition for my children. It’s great to see a brand like Seven Seas lead this conversation in the country with the ‘Seven Seas Academy’ initiative, which has helped increase awareness about the importance of brain development among parents and children. Meeting these young masterminds from different cities in India and being a part of this academy has truly been a very memorable time for me.”

The academy traveled the length and breadth of the country and targeted some of the most reputed schools in India such as Podar International School in Mumbai, DAV school in Delhi, Don Bosco high school in Chennai, Army public school in Bangalore, Global Indian International school in Ahmedabad, St Mary’s school in Cochin, Gyandeep Public school in Chandigarh, SNBP high school in Pune etc. to name a few. Some of the young masterminds who competed include Krishayini and Lavanya from Trichy, Nakul M Bhadoriya and Aditi P Poduvol from Pune, Khwaahish Shah and Advav Welling from Mumbai, Ashik Kashyap and Parinita Rustagi from New Delhi, Isant and Karthika from Coimbatore, Arun and S Ganesh from Chennai. 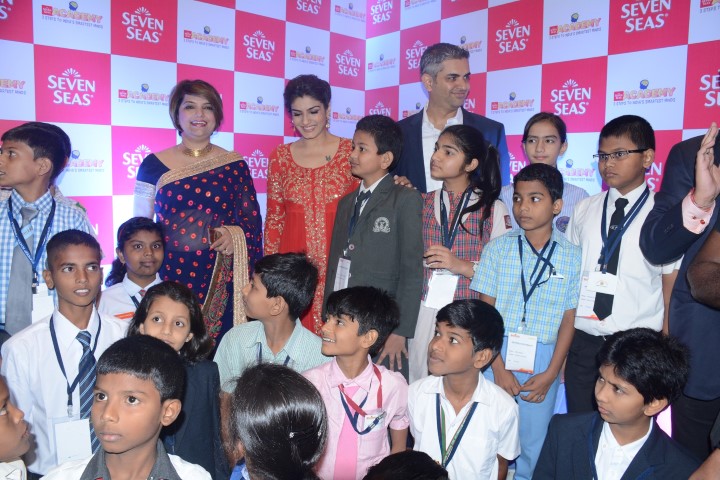 A child’s brain development today is one of the most important aspects of their growth, with our research suggesting that most mothers today are concerned about how their children will excel academically. There is intense competition, leading to high levels of parental and peer pressure and every mother looks for solutions to ensure her children excel. Seven Seas is supporting parents on their quest to find the right supplement for their child’s brain development. With heritage that spans more than 80 years of experience and a presence in over 100 countries, Seven Seas is one of India’s most trusted health supplements.

The campaign, which was spread over 3 phases, kick started with a specially designed aptitude test administered on the school campus for grades 5th to 7th, where 2 students from each school move to the city round. At the city rounds the students fought it out to compete at the national finale in Mumbai. Students were assessed on their general knowledge, logical reasoning and data interpretation skills. Whilst students at each level were recognized for their participation, the finalists got a chance win iPads and Kindles.

Speaking about this initiative, Anand Nambiar, Managing Director, Merck India stated, “Merck’s Seven Seas is one of India’s most trusted health supplements, and the Seven Seas Academy is yet another testament to our commitment to children’s health in India. With its emphasis on brain development in children, the initiative aims to be a platform that identifies, nurtures and unlocks the true potential of India’s children, in partnership with leading schools. Nutrition is a critical element of brain development. Seven Seas is committed to partnering with parents in their child’s progress, and help children to be the best version of themselves through its nutritional benefits.”

Dr. Mrs. Vandana Lulla from Podar International School adds, “We always carry out different and creative initiatives to ensure our students get all the required information for their development to become successful and well-rounded global citizens. Associating with Merck and Seven Seas has been a truly remarkable experience with our students actively participating in the quiz and thoroughly enjoying it. After all who does not dream to go to NASA one day”.

Today, Seven Seas is a household reference for nutritional supplements and fish oils for health across more than 100 countries worldwide covering across Europe, the Middle East, Africa, Caribbean and the Far East. It’s hard to imagine cod liver oil without thinking of Seven Seas.

Welcome The Best Crime Fighters On Television On AXN