NewZNew (Chandigarh) : About 60 students of Maharishi Dayanand Public School Daria, Chandigarh visited the Chandigarh Energy Park Sarangpur in collaboration with Science and Technology Department, Chandigarh. The students learnt the working and setting of water wheel and Pelton Turbine on the banks of rivers. They were told about the uses of Kaplan Turbine for the production of electricity. They also learnt that electricity could also be produced by through movement of dynamo by those who do cycling for exercise in the exhibition of muscle power. 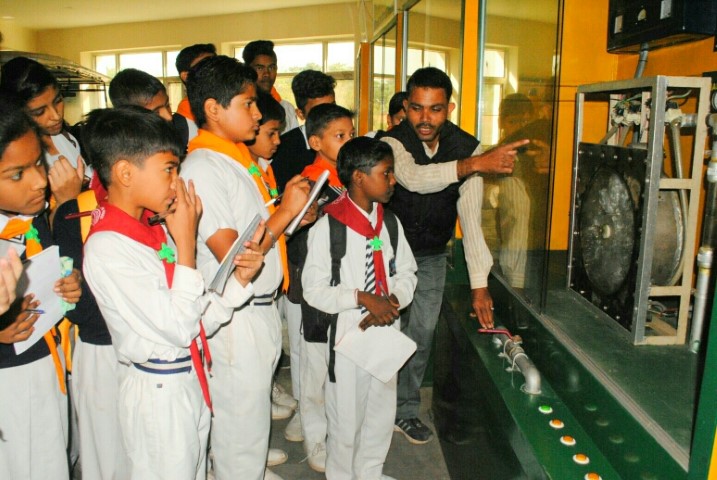 One of the popular activities was gaining knowledge by playing games on computer based quiz machine. From solar energy exhibit, the students learnt about conversion of one form of energy into another. They were told about the possibility of conversion of electrical to mechanical, electrical to sound, electrical to heat, chemical to electrical, mechanical to electrical and wind energy to electricity. From smokeless chullas, they got the idea that their use
in houses would eliminate pollution which is caused by smoke. They were told the uses of solar passive home for lighting, air conditioning, heating and cooling water for domestic purposes. They also come to know about the utility of Nooten Chullas, Energy Slip, Solar Water Heater, Solar Parabolic Cooker, solar box type cooker.

Functions of bio-gas were also examined closely. Principal Dr. Vinod Kumar Sharma told that the main objective of the programme was to make the students aware of the medium of energy production and their utility in day by day.