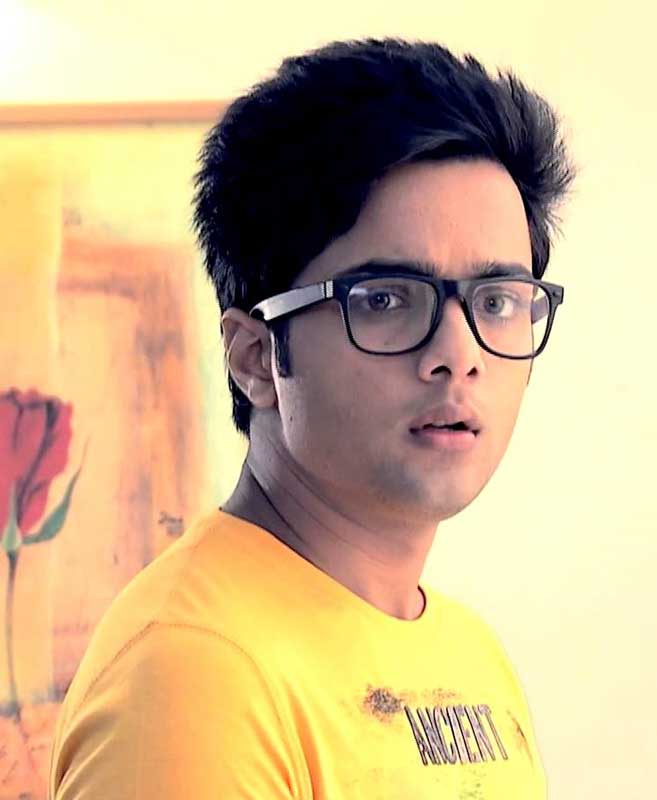 NewZNew (Chandigarh) : He’s an unassuming boy-next-door who is oblivious to the larger-than-life plans destiny has in store for him! Zee Anmol’s latest offering ‘Maharakshak Aryan’ is a gripping narrative of coming-of-age and a walk into the darker realms of fantasy where a hero will face his worst fears, rewrite destiny and emerge a winner. This holiday season, the show is the right mix of action and drama, coming to your television screens from 18th May, every Monday to Saturday at 6:00 PM.  The show’s lead protagonist Aryan, portrayed by the charming Aakarshan Singh visited Chandigarh for the launch.

Based on the age old saying ‘Triumph of good over evil’, Maharakshak Aryan is a finite fiction thriller in which the good is represented by Aryan (played by Aakarshan Singh) and the bad by Triloki -the ultimate embodiment of evil, essayed by the talented Vikramjeet Virk. Triloki is trapped in the centre of the earth under various layers, surrounded by molten lava. He wants to rule the world but the only way he can do so is by reclaiming the MANI, which is the ultimate source of energy available in the world. So to procure the MANI, Triloki sends his super villains –Vishkanya, played by the svelte Reshmi Ghosh, Challa played by the popular Mishal Raheja, and Kumbha played by acclaimed actor Deepak Bhatia amongst others to defeat the protector, Aryan. The show will see super hero Aryan fighting out a new villain every week.

On the launch, Mr. Sorbojeet Chatterjee, Head – Marketing (ZEE TV & FTA Cluster) said, “Maharakshak Aryan captures the spectacular journey of a young boy from being an average teenager to discovering a hero within. This fiction thriller will add a new flavour of fantasy to our existing line-up, attracting diverse sets of viewers and engaging every family member.”

The show is also available as a free mobile gaming app – While you enjoy the show on air, you can now play it as a game on your mobile phones too! Creating an additional window for consumer engagement, the interactive gaming app of Maharakshak Aryan offers you a chance to step into the young superhero’s shoes virtually. The app is available for download on Android device and is also hosted on http://www.zeetv.com/maharakshak-aryan/game/. With a blend of vibrant graphics that recreate the ethereal world of the show on your mobile phones, multiple levels of difficulty and variation, the game is aimed at providing young teenagers an engrossing gaming experience. It is a multi-level game, where every level will have a new enemy from the show, like Kumbha, Vishkanya and Challa amongst others. Remember that each demon is unique in his evil powers and more formidable than the last. Each level is only unlocked once the villain is defeated by the user.

With the art director for films like Saawariya, Black and the director of Mary Kom, Omung Kumar, heading production design, Hardik Gajja designing the visual effects for the graphics of the show, and Majid Khan as the creative producer, Maharakshak has pushed the envelope in terms of creating an out-of-this-world ambience and the most fascinating landscapes for the battles between Good and Evil.

Catch Maharakshak Aryan as he battles it out against a new villain each week in this finite series starting 18th May, every Monday to Saturday at 6:00 pm only on ZEE Anmol!

China man dies of Hantavirus – Is it more perilous than Coronavirus? – Truth

Soak in the Sun and Water as Hotels.com brings the Beach Sale!

Vodafone Idea is going the extra mile to keep customers in Punjab connected during...

Vodafone Idea is going the extra mile to keep customers in Punjab connected during Covid pandemic: During the current lockdown due to Corona...

China man dies of Hantavirus – Is it more perilous than Coronavirus? – Truth

#Hantavirus is a disease from rodents like rats, other biological animals capable of transmitting it to persons. It is gotten only via touching things...

PSTET 2019-2020: Result announced by the PSEB at pstet.net. Punjab TET Exam was held on 19th January and the PSTET Answer Key PDF Paper...

Almond Board of California Celebrates an Afternoon of Health and Great...

Vodafone Idea is going the extra mile to keep customers in Punjab connected during...