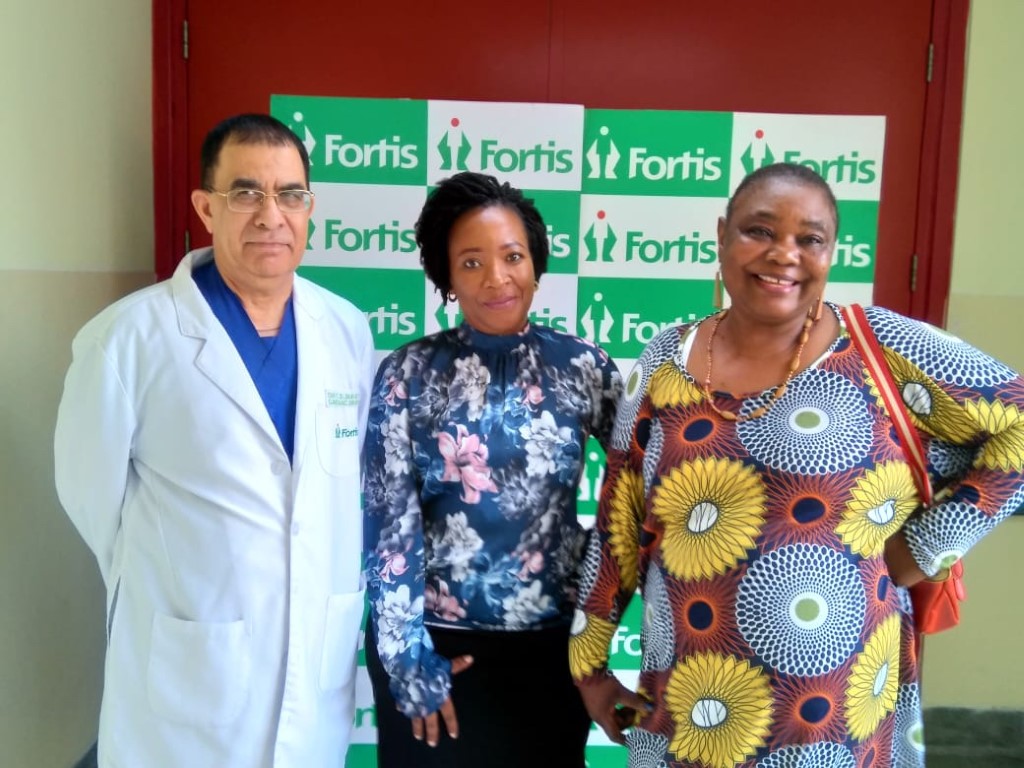 Dr. T.S. Mahant while giving the information said that, “Priscilla was brought up in a very serious condition. The infection had badly inflicted her two heart valves and made abscess in her heart, which later could have spread and caused damage to other organs too. And could have put her life to risk, which was found after carrying out investigations and examining the test. Immediately we performed surgery and successfully replaced her damaged valves and contained the infection which was spreading in the body”.

He added that it’s a common disease and its diagnosis is very difficult because of initial symptoms, which raise a body temperature and we often ignore it by treating a normal fever, which later turns into chronic infection. The surgery is very risky and it depends on the condition of the patient. Its curable with drugs only at the initial stage but once its spreads and affects the valves, then surgery is imperative, said Dr. Mahant.

It took 11 months to Priscilla to know about actual health problem when she came to Fortis Hospital on 12th September this year and after examining her test doctor diagnosed her with ‘Valve Endocarditis’ infection.

When she was getting treatment back in Zimbabwe at initial stage doctor diagnosed with ‘Abdominal aortic aneurysm’ problem’ and due to lack of equipment and expertise the doctors recommended to get her treatment at The Fortis Hospital Mohali.

Being a nurse by profession in Zimbabwe, Priscilla narrated her experience and said, “From the beginning to the end, the whole procedure was very smooth in Fortis Hospital. My health was in bad shape. I couldn’t breathe properly and hope was fading away. But after getting a surgery done here, I am feeling far better than before and it’s just because of Dr. Mahant, his team and the infrastructure at Fortis Hospital that my life has been saved”.

Horrible attack on innocent children is not the right way to...