Dev Samaj Society along-with its Educational Institutions came forward in support of flood victims of Kerala and donated an amount of Rs.10 Lacs, out of which 5 Lacs were contributed to Kerala’s Chief Minister’s Relief Fund and 5 Lacs for Communist Party of India, which will also be used for rehabilitation of Kerala Flood victims. 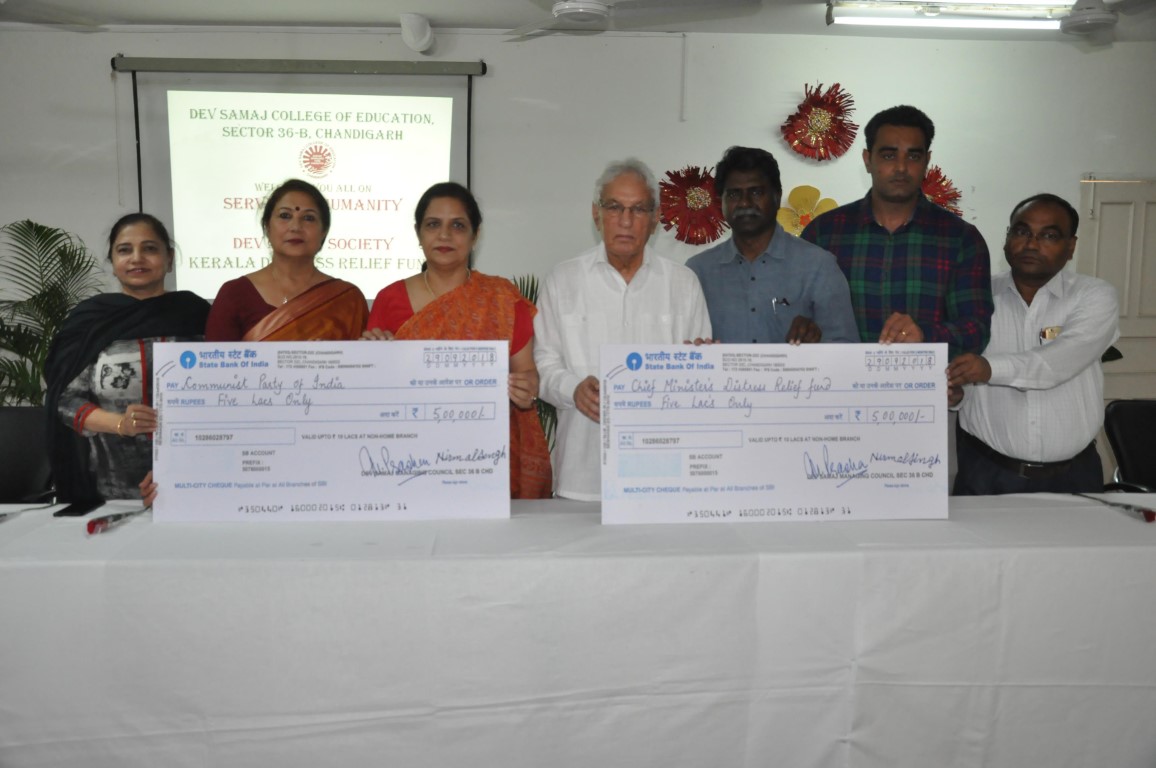 Dr. Agnese Dhillon, Principal of Dev Samaj  College of Education, Sector-36B, Chandigarh said that, ” ‘Wall of Kindness’ is another noble initiative taken by Dev Samaj Society, whereby needy people can pick up clothes and other items of daily use as per their choice. Needy students of Dev Samaj Institutions are given fee concession to pursue their studies, which is a regular feature. “