NewZNew (Chandigarh) : After successful conduct of Corporate Super League (CSL) Season I last year, the league’s Season II is all set to start on December 10. The Tourney will be played out over 2 months with matches being held on Saturdays & Sundays. This announcement was made at a press meet in which Organizers’ & team Captains participated. Team Captains also posed with the ‘Winner & Runner up Trophies’ & Cricket gear at the event. The inaugural day matches of CSL T 20 Season II will take place in Government Model Senior Secondary school, Sec 32 Grounds. Tau Devi Lal Cricket Stadium, Panchkula will host the Quarter Finals, the Semis and Finals will be held in Chandigarh’s Sec 16 Cricket Stadium. 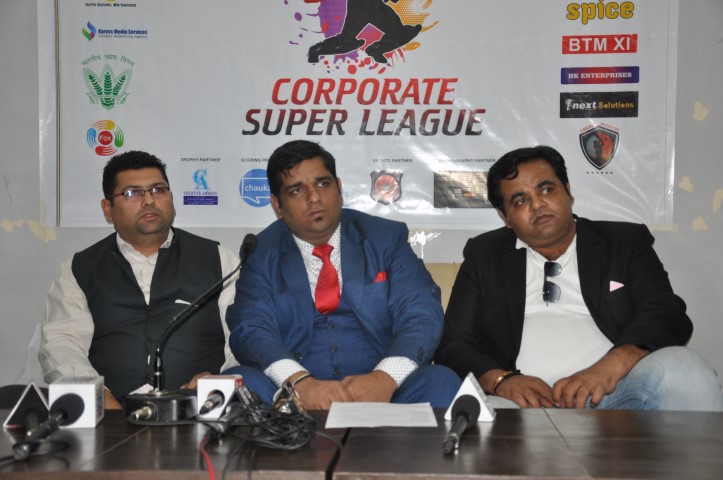 “Twelve (12) teams have confirmed participation. Big FM,  Kyross Media, Food Corporation of India, Dikshant Group of Schools,BTM Apartments,Indus Towers, Fox, INext, Airtel,Tech Mahindra,Spice & H K Enterprises will be playing in the tourney which is be held on the League Format. Three Groups A, B & C have been made featuring 4 teams each.” Said Adesh Khanna, Director, The Perfection Events & Entertainment, and the Company which is organizing the Mega Cricket Tournament for Corporates.

It was also announced that CSL T 20 Tourney Season II is being held in association with Donor2Donor LIVE ! A Blood Donor Mobile application.“Donor2Donor is associating with the event to give a message of importance of health to both cricket fans & public at large. As sports is something which helps one in keeping fit we are supporting the cause, being a health sector mobile App.” Said Dixit Sood, Founder, Donor2Donor.

The idea behind holding this tournament is to give a welcome break to Senior Corporate Executives so as to reduce their stress levels by engaging them in a healthy, fun filled sporting activity. “CSL T 20 Season II will see managers & even RJ’s don cricketing attires to show some Cricketing prowess.” Said Abhishek Sharma, An Actor-Director & Owner of Rudransh Productions which is also partnering in the event. 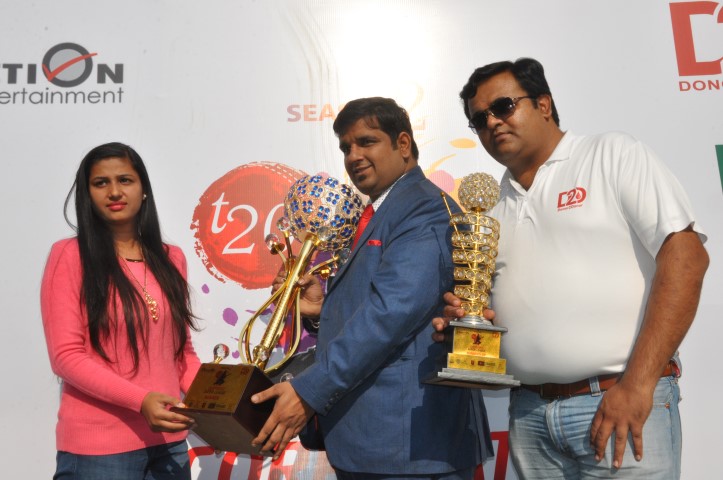 It was informed that Cricketer Shop is the Sports partner, Rudransh Productions the photography partner, Ambika Sports the Dress partner and Universal Trophies the trophy partner of the event. Big FM is the Radio Partner of the event. Chauka.in is the scoring partner. “One will be able to see live scoring of the matches on our website which will be linked to chauka.in.” Adds Adesh Khanna. The tourney will certainly give an exposure to Corporate Managers in an area where normally they do not get a chance to take part in regularly—sporting activities. CSL has been able to create a great platform for Corporates who want to play competitive cricket. The tourney also gives Managers a chance to know their counterparts from other companies & this will help even in business networking.