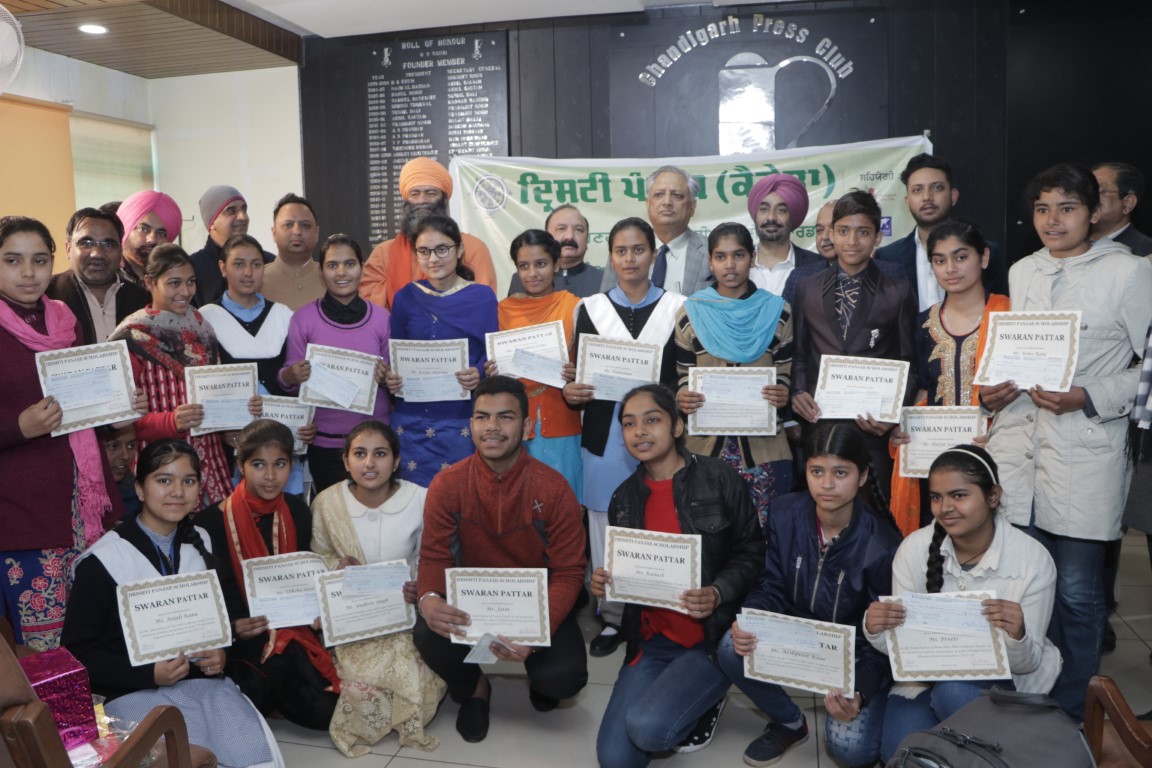 The award winners at this north India’s biggest award function included those brilliant minds, who studied in government schools and faced financial and other problems and bagged merit in the state in their matriculation examination (2017-18 session) conducted by the Punjab School Education Board.

The award function was graced by among  others, Punjab Vidhan Sabha speaker Rana K P  Singh, iconic environmentalist S.S. Sheechewal, and Former Media Adviser to Punjab Govt and Senior BJP Leader Vineet Joshi and noted NRIs, who specially came calling to be a part of this mega event.

‘Dristi Punjab’ has been making waves under the protective patronage of Canada-based legal luminary Harminder Dhillon. The NGO has been awarding those young minds from government school in the state who excel in their 10th class examination and hit the merit list.

The programme kicked off with the founder member and a prolific Punjabi poet Shameel welcoming the distinguished guests in attendance.  Giving sidelights of the program, Shameel informed that the function, being 8th in a row, was aimed at promoting the concept education in the state.

He further added that besides education, the NGO was engaged heart and soul in the protection and promotion of the composite cultural heritage of the state, besides spreading general awareness about our natural resources, environment and ecology. He added that this year, the NGO would also give the newly instituted Rajpal Sidhu memorial award for rupees 50,000 for any institution /NGO engaged in the protection of environment and faunal wealth.

Speaking on the occasion, Vidhan Sabha speaker Rana KP Singh, said that there was no dearth of talent, but for the financial straights some fail to give wings to their cherished dreams. In such a predicament, he said, ‘Drishti Punjab’ had been playing a pivotal role, especially in the education. 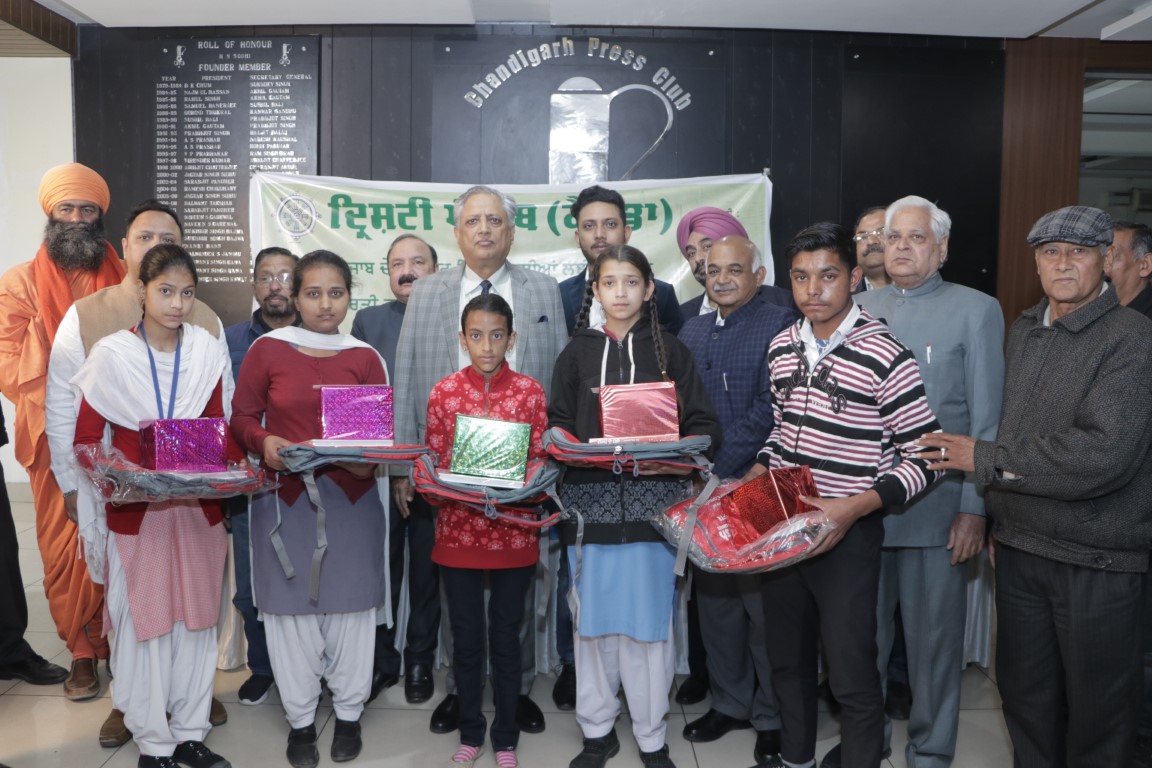 He advised other NGOs to take a cue from the organization and carry forward the ground message – promote education across the length and breadth of the state.

Addressing the gathering, Canada-based NRI Munish Sharma felicitated the winners for their outstanding performance in academics, saying they would become role models for the teeming millions of  their ilk.

Senior journalist Khushal Lalli said that by awarding the achievers by Drishti Punjab proves that those who believe in their strengths finally succeed in making their cherished dreams come true.

Addressing the awardees, their teachers and parents on the occasion, well known environmentalist SS Seechewal said that the government school education set up in the state was passing through a bad patch and the governments should pitch in to bettering its lot by investing more on it.

He further said that it was not only the duty of the government but society too could contribute its mite bettering it further. The role of ‘Drishti Punjab’ to thi effect was laudable, which was a prominent takeaway for others to emulate, he said.

Former Media Adviser to Punjab Govt and Senior BJP Leader Vineet Joshi  congratulated the winners and also called upon the dispensation, society and families to work in tandem to fight the menace of drugs and other social evils plaguing the society.

In 2017-2018, only 26 students of government schools in the state had made it to the merit list of class 10th exam conducted by the Punjab School Education Board. Out of them 19 schools were shortlisted for the award by ‘Drishti Punjab’. Among them, were from 6 from Hoshiapur, 3 from Ludhiana, 2 each from S.B.S Nagar and Gurdaspur, while one each from Bathinda, Patiala, Fazilka, Mansa, Sangrur and Muktsar.

The first Rajpal Sidhu Memorial award instituted by ‘Drishti Punjab’ for the protection and preservation of natural resources and the faunal wealth carrying a cash award for rupees 50, was given. It was given to Shaheed Amarjit Singh Sports and Welfare Club Dhaula in the protection of bird category.

6500+ Movies on the move, only with HungamaPlay