Chandigarh Literature Festival(CLF) 2017 is to take place from November 10-12. As a prelude to the Festival, Adab Foundation, the not for profit Foundation which organises CLF every year, held a unique solo performance at Tagore Theater, Sector 18 by Askari Naqvi, a lawyer-activist-singer from Mustafabad, Raibareli. It is noteworthy that Naqvi is a proponent of Soz Khwani — songs of lamentation against war, violence & authoritarianism. 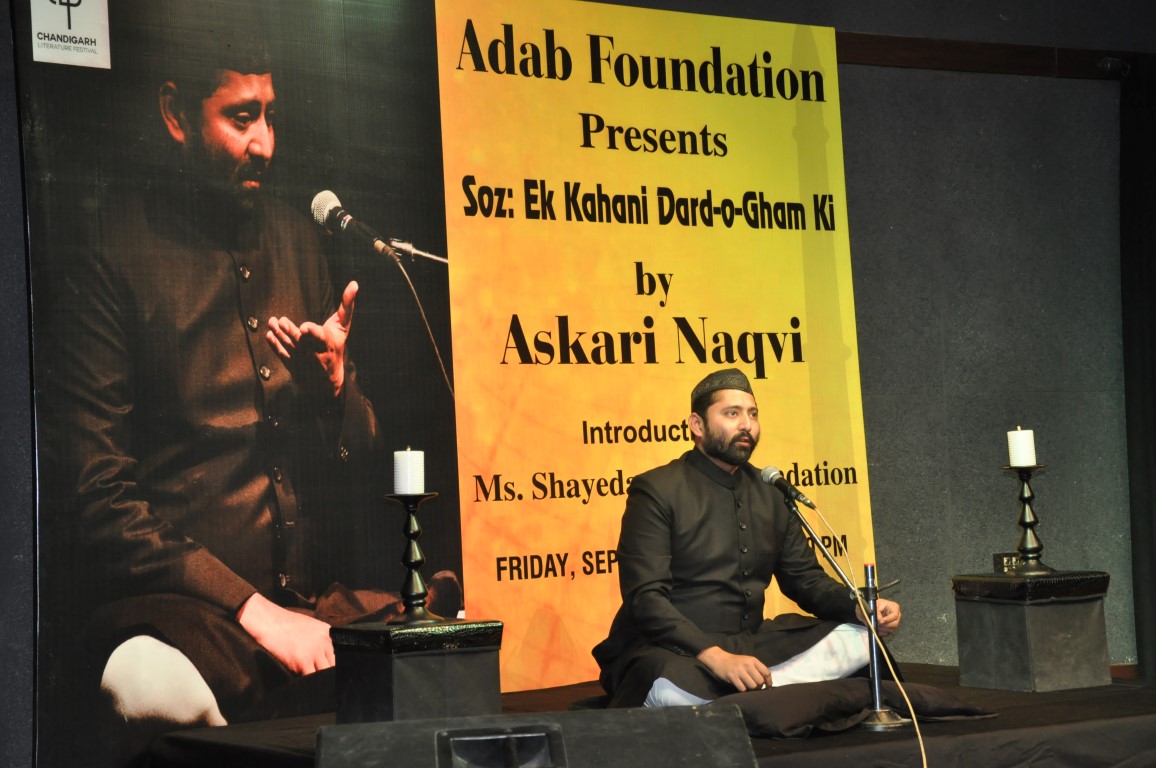 The audience was enthralled by the incredible performance by Askari Naqvi where he exchanged his thoughts through songs, that told a story of grief & sorrow, which results from battle, violent incidents as well as totalitarianism. The songs gave a strong message against these aspects in society. Naqvi has made a name for himself by presenting his art form in front of audiences at intimate venues like the National School of Drama, Kiran Nadar Museum, Jawaharlal Nehru University’s Arts and Aesthetics department to name a few.

Mitul Dikshit, Chairman, Adab Foundation and a noted educationist said, “Such events intend to bring writers, poets, artists and thespians together on a platform to initiate meaningful exchange of ideas. Through such events we are able to promote Indian art & culture among even younger audiences, who then will be in a position to appreciate rich traditions like Soz Khwani.”   “I would like to thank Adab Foundation for giving me an opportunity to perform in Chandigarh, which presented a very responsive audience. This way we are able to  celebrate art with some of the finest creative minds in different parts of the country. I am sure with such performances we will succeed in reaching out to audiences with a crucial message for the betterment of society.” Said Naqvi. It is pertinent to mention here that Mitul Dikshit & his Non Government Organisation, Adab Foundation, has played a key role in pioneering the Chandigarh Literature Festival which has evolved over the years as one of the most important calendar events related to literature in India.

Sandeep Singh Shares His Story of a Gritty Comeback on the...