NewZNew (S A S Nagar) : All India Hindu Student Federation  in leadership of Jagatguru Panchanand Giri Maharaj and Nishant Sharma President North India ,All India Hindu  Student  has announced to intensify the efforts to restore Ram Mandir to the exact place where God had been born .To announce the mission press conference was organized in Dawat Hotel Mohali in which religious Sadvi Deva Thakur also  joined the hand with the federation . Sadvi Deva Thakur’s Shri Mata Bala Sundri Deva Ji Dham in Haryana, Karnal & recognized throughout the state and throughout the world .On this occasion Nishant Sharma Honoured Sadvi Deva Thakur with  Siropa to  welcome her To lead Women wing  in  Northern India in the Federation. 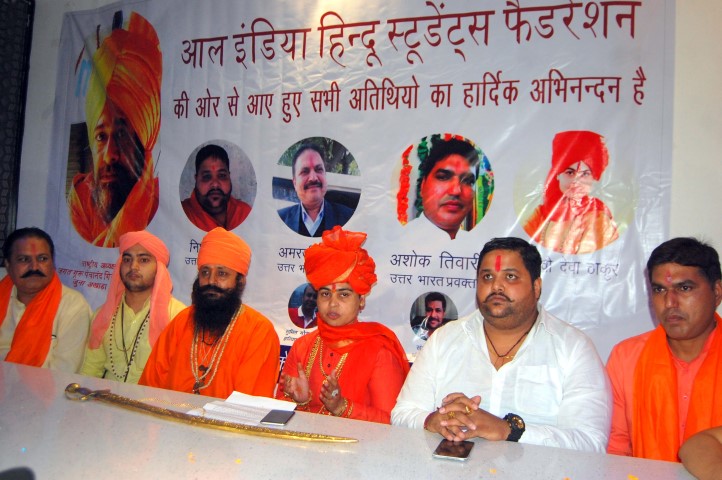 While taking the charge of Women wing in Northern India Sadvi Deva Thakur Said that she has Joined the hand with of Jagatguru Panchanand Giri Maharaj and Nishant Sharma after seeing their endeavours for preserving unity and integrity of the country. She further reiterated that she would speed up the efforts and in the patronage of All India Hindu Student Federation & letter written with the blood will be sent in the office Prime Minister Narendra Modi to raise the issue with the demand to restore Ram Temple at Ayodhya. 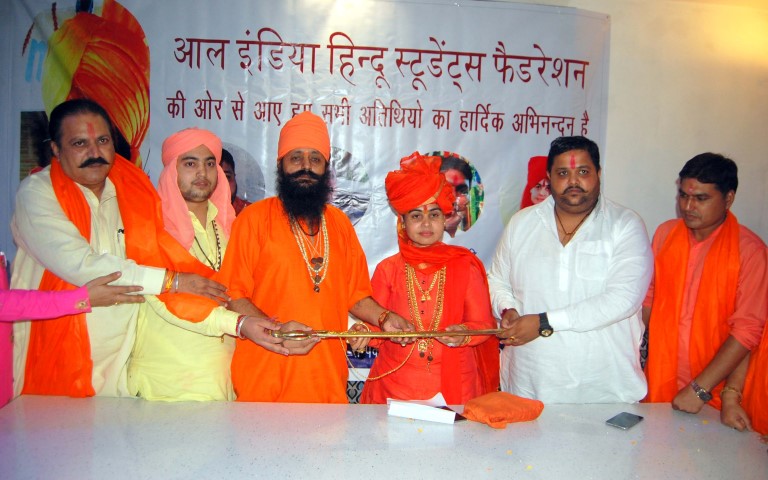 While speaking at the moment Nishant Sharma President All India Hindu Student Federation said that under the patronage of Jagatguru Panchanand Giri Maharaj a large number of religious organizations are connecting to serve the country & Stop the cow slaughter. According to him they have organized various religious Programs to acquaint the people with the goals and objectives of the Federation to speed up their mission.