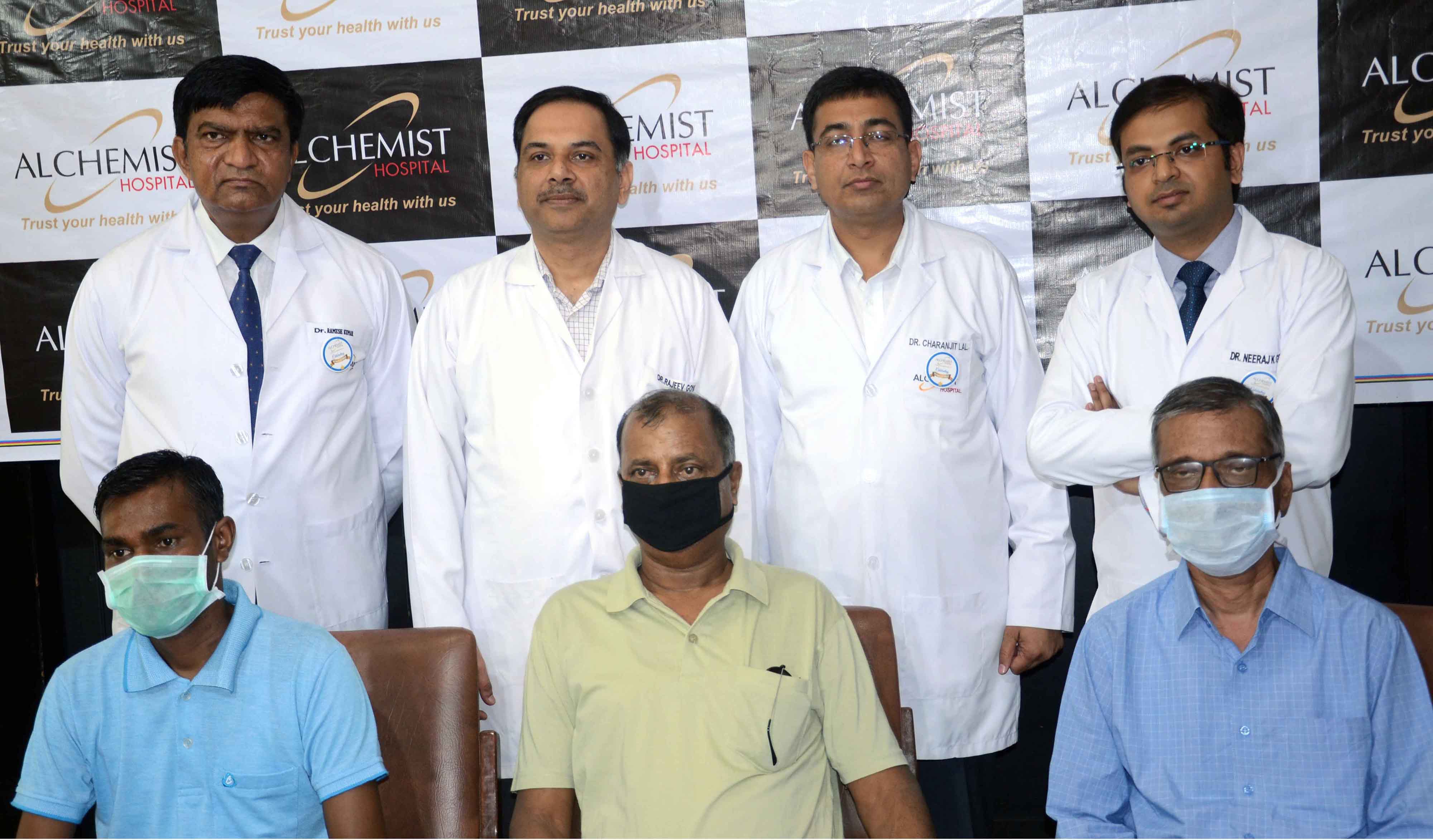 They said , “This is for the first time that such an advanced and complicated surgery has been performed in this region. This unit is first and the only transplant facility in this region of Haryana, which will cater to the needs of patients hailing from Haryana, Himachal, Punjab, Jammu & Kashmir and adjoining areas of UP and Uttrakhand”.

Dr Neeraj Goyal further explained that all the three transplants were living related which means the patients received kidney from their near relatives. Sanjiv Bansal of Kotkapura, Punjab was suffering from kidney failure due to long standing diabetes and hypertension. He was admitted to the Intensive care unit of Alchemist Hospital in a very serious condition in the month of January and had to be kept on ventilator for few days.

After improvement in his condition, doctors planned for his kidney transplant. His wife Mrs Vanita Bansal donated one of her kidney to save his life, explained Dr Charanjit Lal, Consultant Nephrologist. He recovered well in few days only and has started his normal life after transplant surgery.

Thirty-two year old Dinesh Kumar from Karnal, was another patient who had both his kidneys failed and was in poor health due to regular requirement of dialysis. His 28 year old brother Sushil Kumar donated his kidney to save his life. He recovered rapidly after kidney transplant and joined back to his normal job after one month of surgery.

Dr Ramesh Kumar, Consultant Nephrologist Alchemist Hospital told, that transplant operation was very risky and demanding in the case of Dinesh Kumar due to his weak heart. However, with the expert team of anaesthetists, surgery was performed successfully with excellent results leading to normalization of kidney function within first two days only.

The third patient, 53 year old man hailing from Yamunanagar, received donor kidney from his wife. He was on dialysis for last six months leading to extreme weakness and poor general condition, restricting him to wheel chair. He recovered fast after kidney transplant leading to normalization of life style within few days only. He is ambulatory and self-sufficient now, taking care of his farms.

Dr Neeraj Goyal further explained that in all the cases, the donor surgery was performed using advanced laparoscopic surgery that has got many advantages over conventional open donor surgery.

Laparoscopic surgery is associated with minimal pain and rapid recovery resulting in early discharge from the hospital, which is very crucial for donors. All the donors were discharged within 3-4 days of surgery explained Dr Rajiv Goyal, Consultant Urologist.

One of the greatest advantages of starting Transplant Program at Alchemist Hospital, Panchkula is the smoother and well organized process of legal documentation in Haryana state. This involves single counter clearance before conducting operations of live related kidney transplant that shortens the time involved in legal documentation and limits the sufferings of the patients. It is particularly beneficial to the residents of Haryana state, explained Dr Rajiv Goyal.