newznew (Chandigarh) : As a registered party since 2015, we have our agenda to get power share through contesting election by women party. It is a party by the women, for the women and of the women. We thought to form a party and to contest election as living being for the sign of awareness among the women after 70 year of Independence. This was stated by the Naseem Bano, the National President of the AIWUP.

While interacting with media Naseem Bano said that in short we formed this party for the justified cause of women against the political domination and unjustified erosion of power for the women kind. Our constitution has given as equal rights, opportunity and equality before law but the same is not happening. She further said that he same old fashioned British Ruled Laws are implemented on us without change in the system. We have to fight for our survival, right to marry, choose spouse, right to procreation, child birth etc., we forget about good education for all, only a few are privileged to get their rights, in every spheres of life women are neglected, oppressed, tortured, ignored and abandoned as burden, relieved as burden by the parent as if she is no human being and her wishes are not countable. 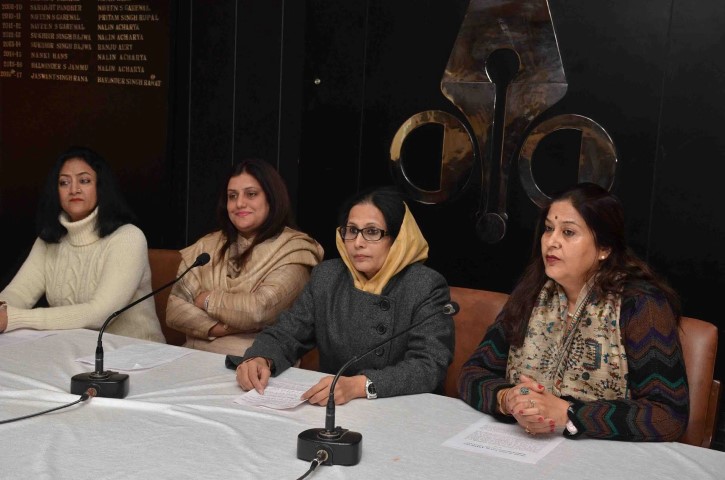 As if we forget our basic rights, as human being and 50% countable population we have the right to share power in democratic institution, in elections, in Vidhan Sabha or Parliament and in decision making institutions, in all spheres of life, all stages of political system to share power at whatever stage it may from the choices childbirth to choosing groom to sharing power in development in villages, in cities, in Metropolitan cities, our cause is diluted in this crowd. We see the change are not countable by our time machine, from the Magna Carta days of 12th Century to 21st Century we have just moved one pace, the base right to education which are now considered as the biggest achievements for the country.

When we did not our righta we were satisfied with our destiny and blaming God, But the United Nation’s Declaration 1995, UN Women and the communication systems, information technology has made us more aware than the education. Thus we consider our new magna carta, the UN Declaration of 1995 on women’s rights to share power in all decision making matters and all spheres of life.

Our party thoughts are based on UN DECLARATION 1995 ON WOMEN POWER SHARE, now we are on the move to move mountain, to fight election under banner of ALL INDIA WOMEN UNITED PARTY, we seek your support and co-operation for betterment in the society, equal opportunity for all in our democratic society and for making a better India for the coming generations.

29th Edition of the SJOBA Sub-Himalayan Open Rally all set to...