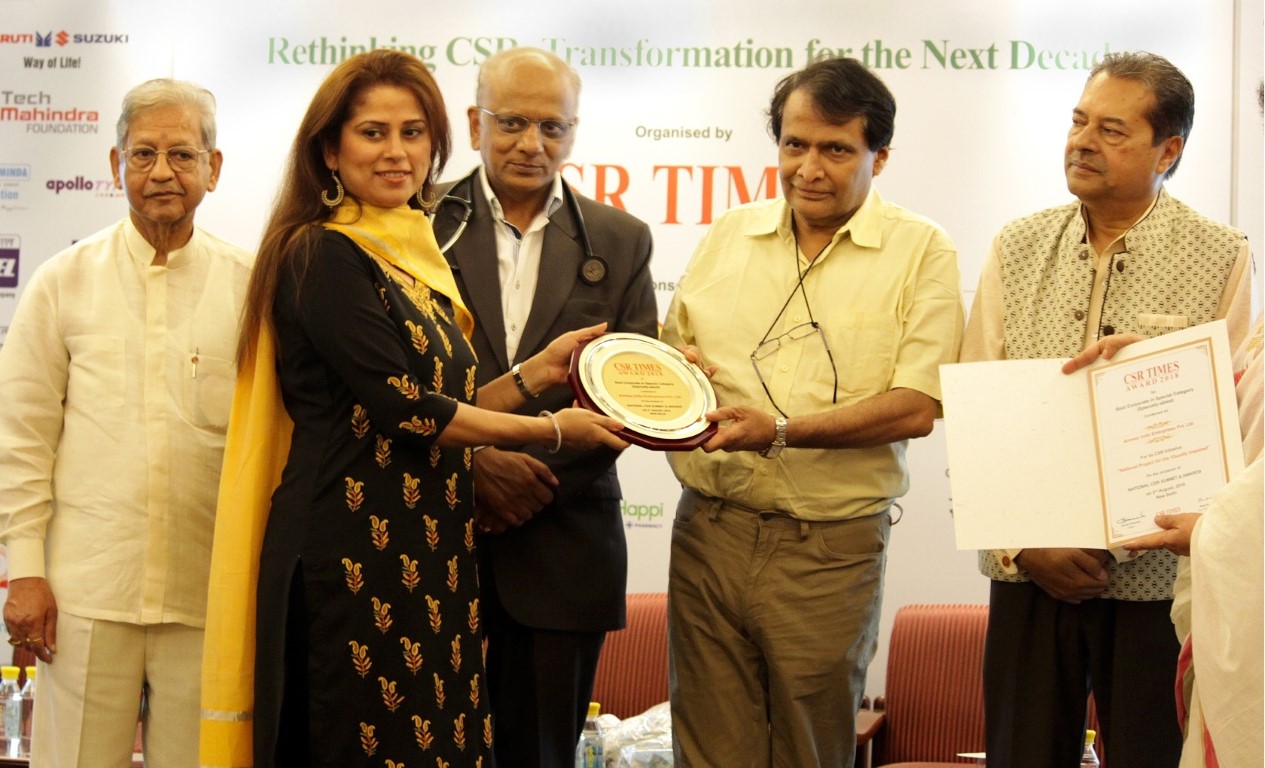 Aimed at honoring the outstanding and innovative CSR practices adopted by organizations, the award recognised Amway’s persistent contribution and work towards the welfare of visually impaired individuals.

On receiving the award, Ms. Simrat Bishnoi, National Head – Corporate Communications & Corporate Social Responsibility, Amway India, said, “We are truly honored to be recognized for our efforts towards the cause of the visually impaired individuals over the last two decades at the national level. Aligned with the Government of India’s ‘Accessible India’ initiative aimed at expanding prospects for people with disabilities, Amway has been supporting and empowering the visually impaired individuals by creating opportunities for their education as well as digitization of the educational material for greater accessibility. The award is a testimony of Amway’s commitment towards ‘Helping people live better lives’ and making a strong impact on the lives of over 2.5 lakh visually impaired individuals under the project. Corporate Social Responsibility is a core component of Amway’s ethos. We have been undertaking CSR initiatives since the company’s inception in the country. The award brings Amway direct sellers, employees, affiliates and customers a source of pride that goes beyond the realms of business.”