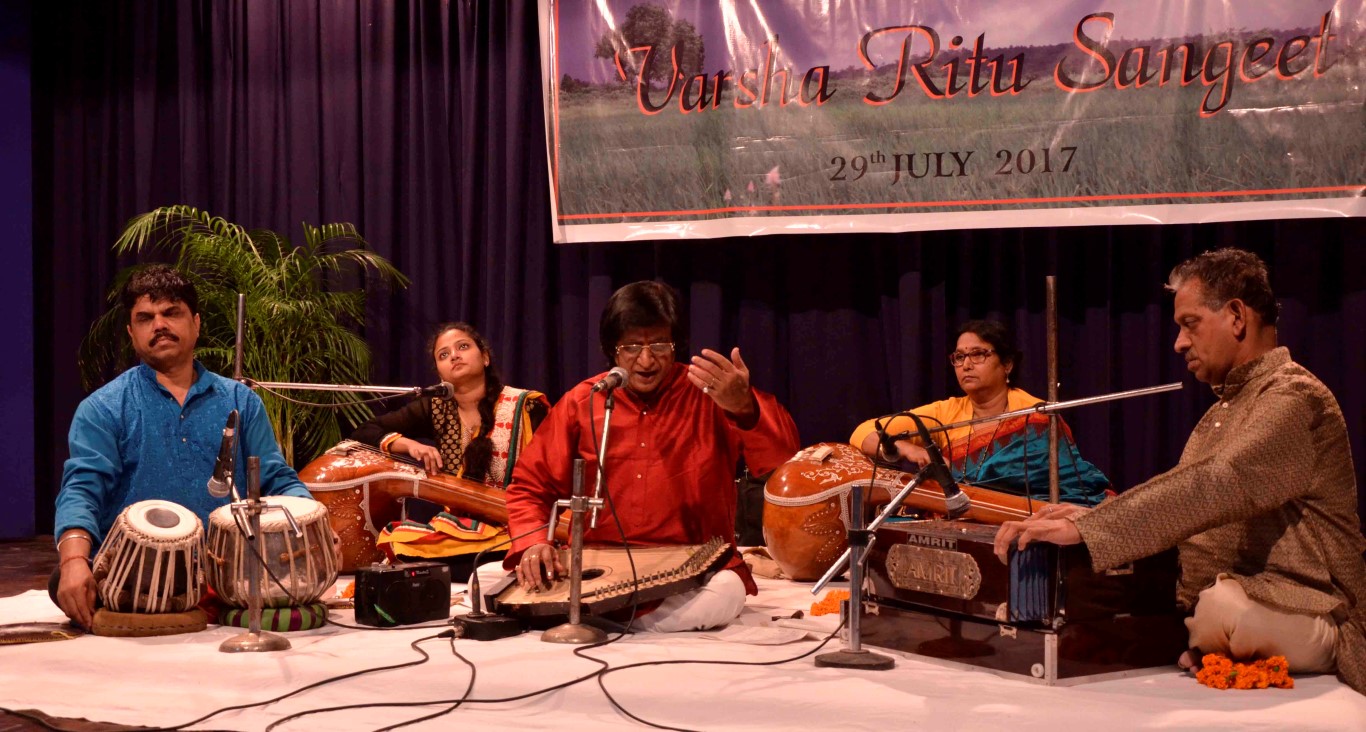 His presentation created an ambience conducive to the rains. He proceeded with a beautiful composition in Raag Nat Malhar ‘Natath Natath aaye badara’ followed by beautiful compositions in Miya Malhar, Soor Malhar, Ramdasi Malhar and some rare Malhars- Jayant Malhar and Mirabai ki malhar. As each composition was being rendered one could almost visualise and feel the joy experienced during the rains very much in sync with the name of the concert- Varsha Ritu Sangeet. The concert was indeed a memorable one which left the audience asking for more.

He was accompanied on the tabla by Mehmood and by Ravinder Talegaonker on the harmonium, Shubhra and Pratibha Talegaonker accompanied him on the tanpooras and provided commendable vocal accompaniment too. This programme was held in collaboration with Bhartiya Vidya Bhawan.

Belonging to the Gwalior tradition of music, Pt Keshav Talegaonkar learnt music at the feet of his father the late Pt Raghunath Talegaonkar and the late Pt Bhishm Dev Bedi. He has a great mastery over the Tabla as well – having learnt from the renowned Mridangacharya Ustad Lalu Singh and the well known tabla maestro- Ustad Karim Khan ( Ajrada gharana). Pt. Talegaonkar is not only a performer, but an able teacher, writer and composer. He runs an institution under the name of Pt Keshav Sangeet kala Kendra in Agra and organises various National level music concerts and national level competitions for the youth as well. His entire family is involved in performing, promoting and thus spreading classical music.