Ayodhya Hindus elect Muslim as village head: Rajanpur village in Rudauli assembly segment in Ayodhya seems as ordinary as hundreds of other villages in the area. 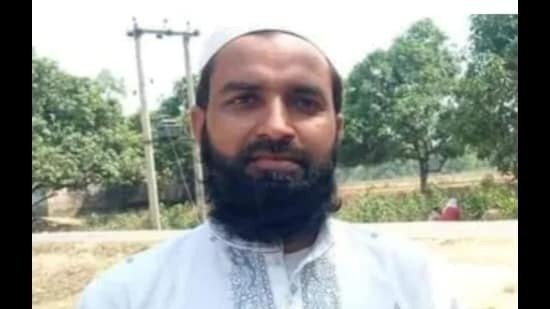 What has suddenly made it extraordinary is the fact that this Hindu-dominated village has recently elected a Muslim as a Gram Pradhan.

Hafiz Azimuddin Khan is the newly-elected Gram Pradhan in Rajanpur.

His is the only Muslim family in this predominantly Hindu village.

An elated Hafiz said: “My victory is an example of Hindu-Muslim affinity not only in village Rajanpur but the entire Ayodhya. I never played the communal card and sought votes from my brothers and sisters. I treat the village as an extended family.”

Listing out his priorities for the village, Hafiz said; “All funds with the Gram Pradhan will be utilised for development of the village. Basic amenities will be augmented, and jobs will be provided to all those entitled under the MNREGS.”

He further said that he would work in coordination with the sentiments of the people and ensure proper utilisation of funds.

The local people are equally thrilled with Hafiz’s victory.

Manohar Lal, a local resident, said: “Our village has proved that we have not been affected by communal politics. Hafiz is young and we are confident he will do good work.”

It is noteworthy that due to Covid pandemic, the state government has postponed oath-taking ceremony of Gram Pradhans and Zila Panchayat members.

The government has also postponed election of Chairman, Zila Panchayat and Block Pramukhs.

The oath-taking ceremonies and these elections are expected to take place after June 15.

Smaaash makes it large for cricket fans with its unlimited offer

NRI serial entrepreneur and investor Vivek Ladsariya among ‘Forbes 30 under...