Ashwiny Iyer Tiwari’s Bareilly Ki Barfi is released amidst the last week’s Toilet: Ek Prem Katha’s dominance. With an average number of screens, Bareilly Ki Barfi has got a decent pre-release buzz but it is TEPK, which is still ruling the box office. 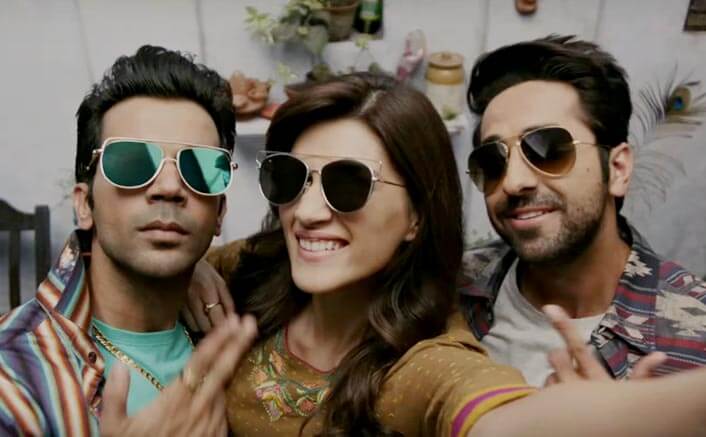 Bareilly Ki Barfi got a dull response in morning shows on its 1st day. So far the occupancy is around 15%-20%, which is not good. It is facing a huge competition from Toilet: Ek Prem Katha and also Hollywood’s horror flick Annabelle: Creation.

This slice-of-life film revolves around the story of a small town girl Bitti who dreams big. The bold and cheerful Bitti is in search of her groom while Chirag (Ayushmann Khurrana) and Pritam (Rajkummar Rao) are seen competing for her love.

Being a content driven film, Bareilly Ki Barfi is bound to take a slow start but if its word of mouth and reviews are good, evening shows will pick up resulting in a respectable day 1. That’s the usual pattern for movies that rely purely on content. If the word of mouth is good, its opening weekend collections will reflect the same.

Bareilly Ki Barfi brings for the first time, the team of Kriti Sanon, Ayushmann Khurrana, and Rajkummar Rao. The film is Ashwiny Iyer Tiwari’s second film as a director. Bareilly Ki Barfi is produced by Junglee Pictures and BR Studios.

Another film that released this Friday is Gurinder Chadha’s political drama Viceroy’s House . The English film is also dubbed is Hindi which is named Partition 1947 but it had nearly miserable occupancy since it had almost zero audience despite being about India.