newznew (Chandigarh) : A bevy of runners and long distance athletes from across the globe are ready to flock the roads in Chandigarh & even Chandigarhians have begin to get ready to put on their running shoes for one of the biggest run, the BIG CHANDIGARH MARATHON, on 26th March . This year, with more than 1000 half marathon runners expected to register, a total of 15000 participants are expected be at the Event.

Also Read :   AAP will contest Gujarat polls if people ask for it: Kejriwal 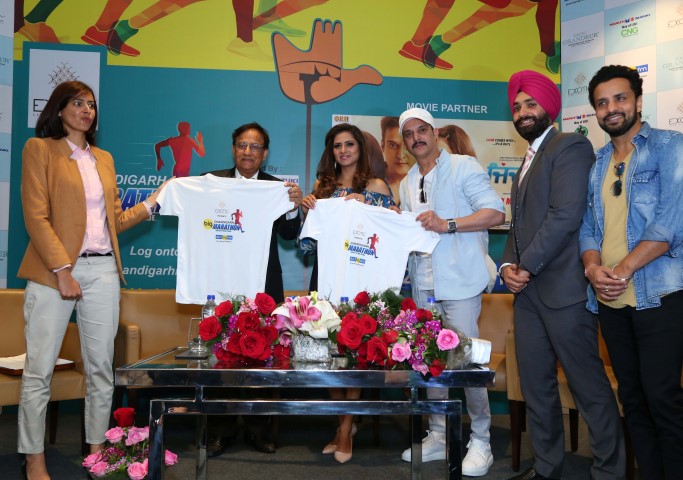 BIG CHANDIGARH MARATHON Presented by Exotic Grandeur & in association with Chandigarh Administration and Chandigarh tourism is coming again on March 26th, 2017 with its 5 successful edition there by providing an opportunity to the people of Tri-city to Run for the City’s Pride, “Our City Our Pride”. BIG CHANDIGARH MARATHON will provide an opportunity for everyone to stand for the City’s pride, to salute the efforts of individuals and administration of Tri-City & to recognize people behind Chandigarh’s remarkable journey. 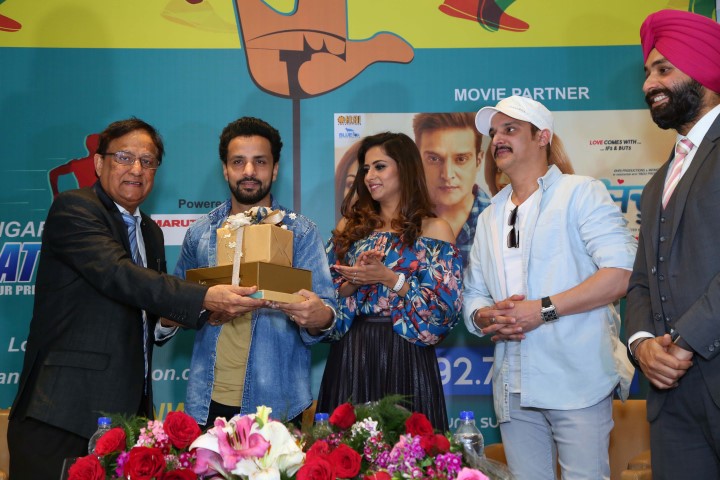 Both, Exotic Grandeur and Big FM believe that “BIG CHANDIGARH MARATHON -Season 5”, will act as a platform to recognize & salute the efforts of individuals / start up’s / Corporates & administration of Tri-city–Our city our Pride. There are a lot of things which makes Chandigarh one of the best city in the world .Chandigarh has always been acted as the first to volunteer be it taking initiative for Smoke free city, Swachh Bharat Abhiyan or Cashless city.

A Press Conference to launch the “Big Chandigarh Marathon-Season 5”, was held today at Chandigarh by the organizing officials of Exotic Realtors and Developers and 92.7BIG FM. The marathon this year is divided into two parts, one for professional runners ie 21.1 kms Half Marathon (Age Group 18 to 50+) and the other 5 km Run for City Pride for Amateurs, Students from Schools & Colleges, Employees, all males & females, General Public including Sr Citizens.

Also Read :   Happy Raikoti's ‘Teshan’ invites you to his wedding on 23rd Sept 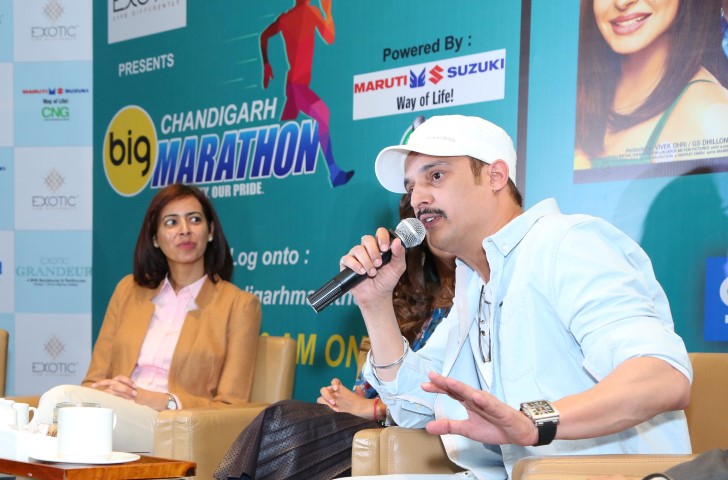 It was also shared that the registrations to participate in the Marathon have been recently been opened and the organizers are already beginning to see a huge wave of enthusiasm and support from the tri-city residents. Those interested can register by giving a missed call on 18001370927. Registration Charges for the Half marathon is Rs 500 whereas no charges have been kept for the 5km Run for City Pride.  In addition to the above, organizers have also announced a prize money amounting to Rs 2.5 lakh for the winners in different categories of 21 Kms Half Marathon “Big Chandigarh Marathon-Season 5” and lucky draw prizes for 5 kms Run.

Adventurer & famous actors JIMMY SHERGILL & SARGUN MEHTA also joined hands with the Initiative, while addressing the media in the Press Conference today they said that, “The time has yet again come for all tri-city residents to put their best foot forward and participate in this exciting event. It is the time to celebrate the city’s everlasting spirit and energy. they urged everyone to sign up, train well, go the distance and spread the message of health & fitness, communal harmony to the far corners of our country.”

Many Star celebrities from bollywood as well as pollywood including dignitaries are expected to join Chandigarhians in this cause on 26th March.

Speaking on the occasion BIG FM spokesperson said that we as responsible corporate citizens are always at the forefront of taking such initiatives which bring about productive & noble social changes in the growth of the city. The organizers also informed that elaborate traffic and security arrangements will be made to make the marathon successful and smooth.

Infosys Chandigarh organized a Cleanliness Drive at the Chandigarh IT Park