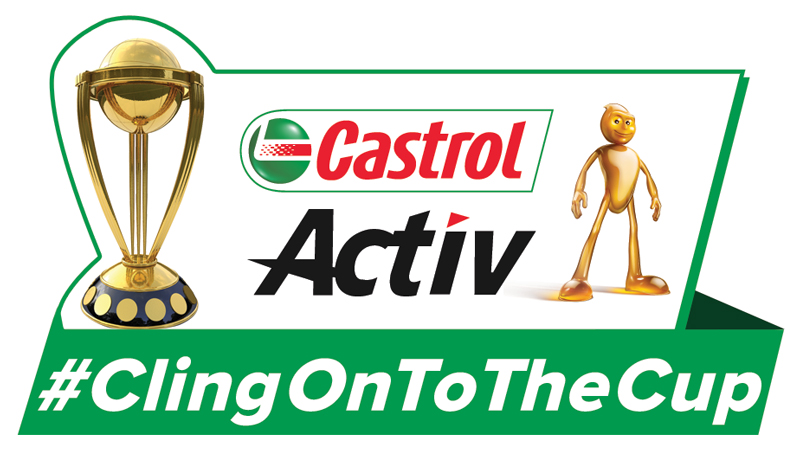 NewZNew (Chandigarh) : Cricket fever has set in at the end of the first week at the ICC Cricket World Cup, Australia & New Zealand, 2015. India is off to a dream start with victories against the toughest challengers in their group – Pakistan and South Africa. With the new Castrol Activ Cling On To The Cup campaign, Castrol India offers cricket fans the opportunity to get into the heart of the action taking place at the ICC Cricket World Cup 2015.

The Castrol Activ Cling On To The Cup campaign aims to get cricket fans to support their favorite team by ‘Clinging On to the Cup’ and being virtually present on the field. Just like Castrol Activ provides continuous protection to bikes, fans get a chance to provide protection to their favourite teams.  As one of the first ever such opportunities, fans can be virtually present at the ICC World Cup 2015 matches through Castrol Activ’s unique ‘Cling on the Cup’ App which can be accessed on bit.ly/clingontothecupapp

Fans can send their pictures, videos and cheers – a selection of which will be displayed on the LED perimeter boards and replay screens in the stadium and watched by potentially more than a billion people on television worldwide.

During and post the matches, Castrol will be tweeting/ posting the fan content back on social media for the fans and the world to see. Fans will thus be providing their favourite team continuous support and protection as they play away from their home grounds.

Kejriwal unveils 21 point poll manifesto for the revival of trade...