Channi urges people to wipe out AAP & SAD from electoral scene in ensuing assembly polls: Giving a clarion call to wipe out AAP and SAD from the electoral scene in the ensuing assembly polls, Punjab Chief Minister Charanjit Singh Channi on Saturday said it is now crystal clear that Prime Minister Narendra Modi, Capt Amarinder Singh and Badals are hand in glove to barter away the interests of Punjab be it agriculture, industry or common man’s cause. 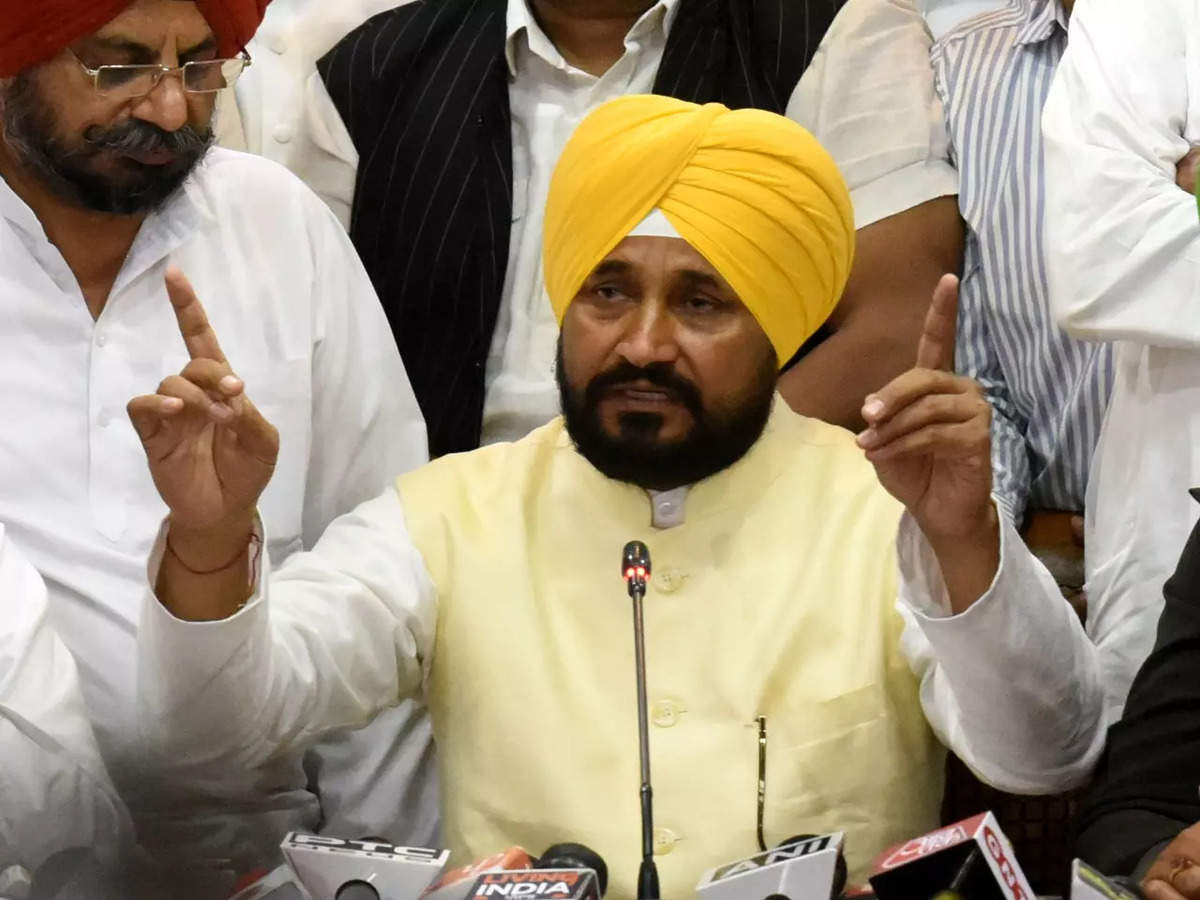 Addressing a public rally here, Mr Channi asked the people to identify these dubious politicians who are hell bent upon to exploit them emotionally to the hilt.

Chiding AAP Convener Arvind Kejriwal for making tall claims to provide financial assistance of Rs 1000 per month to every woman above 18 years in the state, if voted to power adding he dared Kejriwal to come out with facts and figures to how many women he has extended this relief in Delhi.

Likewise, he said people of Punjab are wise enough and they would not be betrayed this time by his false promises as he and his party has been fully exposed on count of non-performance which is evident from the fact that 11 out of 20 AAP MLAs had already shifted their loyalty to other political parties. He also said now NRIs have also realized that it is a party with hollow claims which is remotely concerned with the core issues of state.

The Chief Minister also asked Kejriwal to specify that how many farmers have got the facility of loan waiver or getting free power in agriculture sector in Delhi. He also blamed Kejriwal for making irresponsible utterances to pursue his vested interests by spreading misinformation about non-implementation of recent pro-people decisions taken by his government.

Countering the false claims of Delhi Chief Minister, he challenged him to tell the people about the prevailing prices of petrol and diesel besides the rates of electricity being supplied to various categories of consumers in his state, which are far more higher than in Punjab. He pointed out Punjab is the only state across the country where people are getting petrol/diesel and electricity at the cheapest rates.

Training guns at SAD President Sukhbir Singh Badal, Mr Channi said father-son duo along with his wife Harsimrat Kaur Badal were instrumental in getting the draconian laws enacted at Centre because SAD eventually laid the foundation of these anti-farmer laws by passing the Contract Farming Act-2013 in Punjab Vidhan Sabha of which they can not wash their hands off and the onus to stab the peasantry in the back lies on them.

He further asked Sukhbir Badal to desist from threatening the police and civil officers as they were discharging their duties with due diligence and it was none of his business to cow them down . Mr Channi categorically said he would not be buckled down with such tactics to launch protest at his official residence to get him and his party workers arrested.

The Chief Minister dared them to face the music for their misdeeds during decade long misrule for the unpardonable acts of sacrilege of Sri Guru Granth Sahib besides the drug, transport and cable mafia which has virtually defunct the state’s resources thus enriching their personal coffers. He said, “Now it is the turn of Cable Mafia as being run by the proteges of Badals across the state, who have looted the people through monopolising this trade thus depleting state’s financial resources.”