Chief Minister Sh Jairam Thakur called on Union Defence Minister Smt Nirmala Seetharaman at New Delhi. He made a demand for ‘’ Himachal Regiment ‘’ to recognize the gallant services of soldiers of Himachal Pradesh in defence forces as more than 1200 soldiers laid down their lives for motherland and 1100 gallantry awards including four PVC have been conferred to Himachalis. 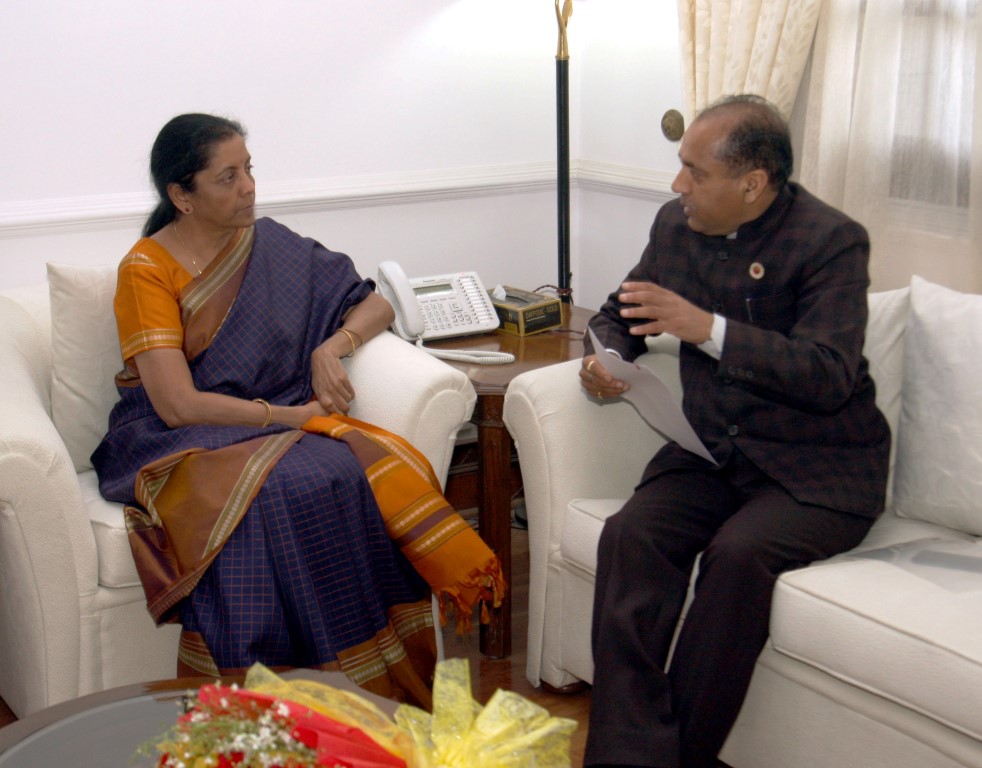 He also informed her that armed forces were the most preferred career choice for state youth however, recruitment quota for the state has been reduced after implementation of RMP (Recruitable Male Population) concept and requested for increasing the same.

Chief Minister also urged for development of Kangra airport for airforce and added that with the expansion of the airport it can be used for defence purposes for landing fighter planes, heavy aircrafts and can be an alternative to Pathankot airport as the second line of defence on account of its safe distance from the border and strategic location. He said that this will require acquisition of additional 571 acre land, the cost of which will need to be met by the defence ministry. He also requested for an assurance that civilian flights will continue to be operated from the airport even after its development as defence asset.

Chief Minister also requested for support of the Ministry in shifting war equipment to War Memorial at Dharamshala which has been constructed as a tribute to brave martyrs. He also urged for taking forward the case of Manali-Leh railway line which is strategically important to the nation from defence point of view.

Smt Nirmala Seetharam heard the demands of the Chief Minister and assured of all possible assistance.