NewZNew (Chandigarh) : Euro 2016 Switzerland vs Poland Live Preview Prediction Playing 11 Results :- The UEFA Euro 2016, has now reached its Round 16 and the first match of the Round 16 of Euro 2016, will be played between the Switzerland and the Poland. 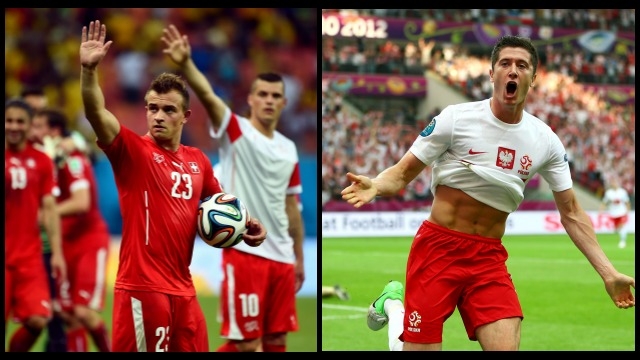 These both teams will take the guard against each other on June 25 at the Stade Geoffroy-Guichard in Saint-Etienne. The Switzerland team has been unbeaten in this tournament so far as they had won their first encounter against the Albania and then somehow manage to draw against its next two matches against the heavy giants teams like Romania and the host.

This team is at the second spot in the Group A behind the France. Although this team has reached the top 16 round, but Switzerland must need to improve if they want to go further in this tournament.

Meanwhile, Poland team has been sensational in this year’s Euro. This team, started their Euro campaign with a bang by grabbing a win against Northern Ireland by 1-0. Somehow, in their second game of group stage , Poland managed to hold their nerves and thus drew that much by 0-0 against the Germany and then won the final match of their group stage against the Ukraine to cement their place in the next round of Euro, 2016.

Also, the form of their star player Robert Lewandowski, who is not among the goals in this tournament so far.

These both teams have faced each other for the total number of a number of 10 matches, and out of that Poland has been unbeaten in the 9 matches and the remaining match was won by the Switzerland.

Although, Poland team is currently struggling to score goals but still they are favourite to win this game. Poland has the quality of the players in their squad.

On the other side, Switzerland team has won only two matches in their last 7 matches and all those two wins came against the weaker teams like Albania and Moldova.