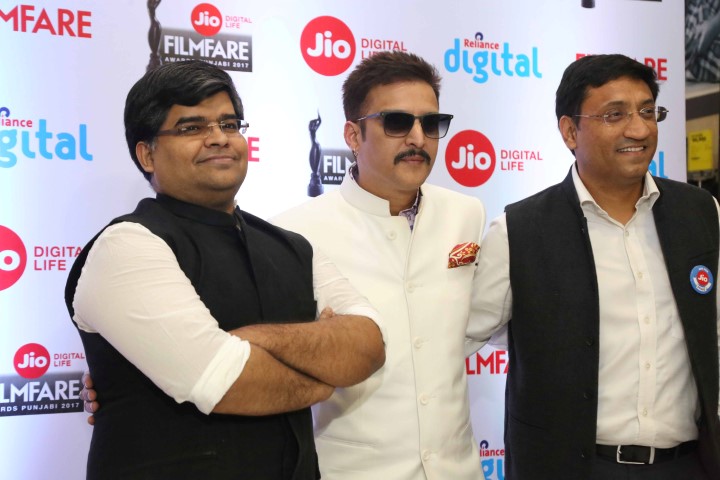 Filmfare has always been at the forefront of acknowledging the artistic excellence and hardwork in the film industry, across regions and genres. With the 1st Edition of Jio Filmfare Awards Punjabi 2017, the most deserving artists in Punajbi cinema take home the symbol of honor, the coveted Black Lady. The awards will recognize the creative efforts and diligence showcased by the artists in the year 2016 and engage the audience with captivating performances by the industry stalwarts.

Punjabi Film industry, over the years has made its presence felt across the nation and its bouquet of enthralling films and music is loved by the audience across borders. With the combined efforts of talented artists, musicians, and filmmakers, the Punjabi Film industry has always stood out by itself and this very intrinsic quality of Punjabi Cinema will be awarded at the 1st Edition of Jio Filmfare Awards 2017.

Commenting on the announcement of JIO Filmfare awards Punjabi 2017, a JIO spokesperson said, “We are thrilled to present the first JIO Filmfare Awards Punjab 2017. Presented by Jio, the Filmfare Awards Punjab 2017 will showcase the cinematic excellence from the vibrant state of Punjab in a variety of digital ways. JIO is bringing transformational changes in India’s digital services space to enable a Digital Life for 1.2 billion Indians. This association is consistent with Jio’s mission to celebrate the diversity and richness of Indian cinema.

Commenting on Filmfare’s foray into Punjabi cinema, Jitesh Pillai said, “It is a moment of utmost pride, as we witness Filmfare awards expand its footprints across the nation. We, at Filmfare, have always rewarded creativity and diligence of the films across industries and promote more such wonderful cinematic experiences. The 1st Edition of Filmfare Awards Punjabi 2017 will be a night of grandeur and elegance and we are looking forward to meet and greet the whole of Punjabi film industry.”

A visibly ecstatic actor Jimmy Shergill said,“It is a dream come true. It is proud moment for us to have Jio Filmfare awards in Punjabi cinema. My support is always there and I want to thank Filmfare and Jio for having me here for this great moment.”

FIFA 20 to be available in online and offline stores from...