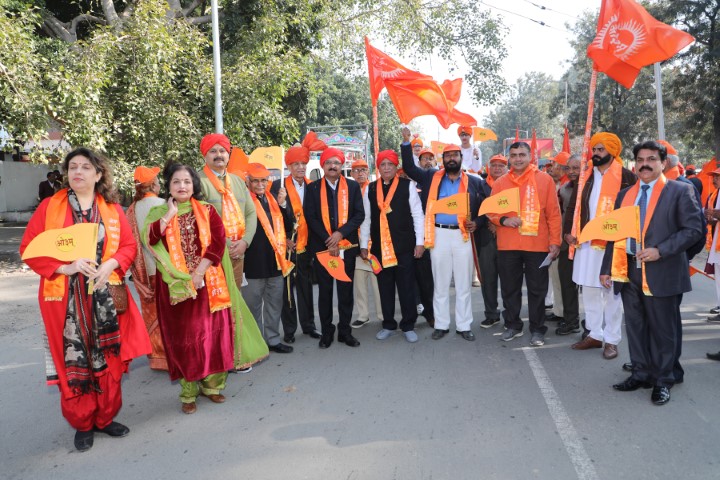 It was started from Arya Samaj, Sector 7 and passing through sectors 8,18, 17 and 22,  concluded at Arya Samaj, Sector 22 Chandigarh.  The D.A.V. educational institutions and Arya Samajs of Chandigarh, Panchkula, Mohali, Derabassi, Ropar,  and Surajpur participated in it with full zeal and zest.

Resignations of 41 Congress MLAs on SYL issue is mere “Drama”:...