ICICI Bank contributes Rs. 10 crore towards Odisha cyclone relief: ICICI Bank today announced that it has contributed Rs.10 crore to aid the state government and the local authorities in their efforts to provide relief and assistance in the areas affected by cyclone Fani in Odisha. 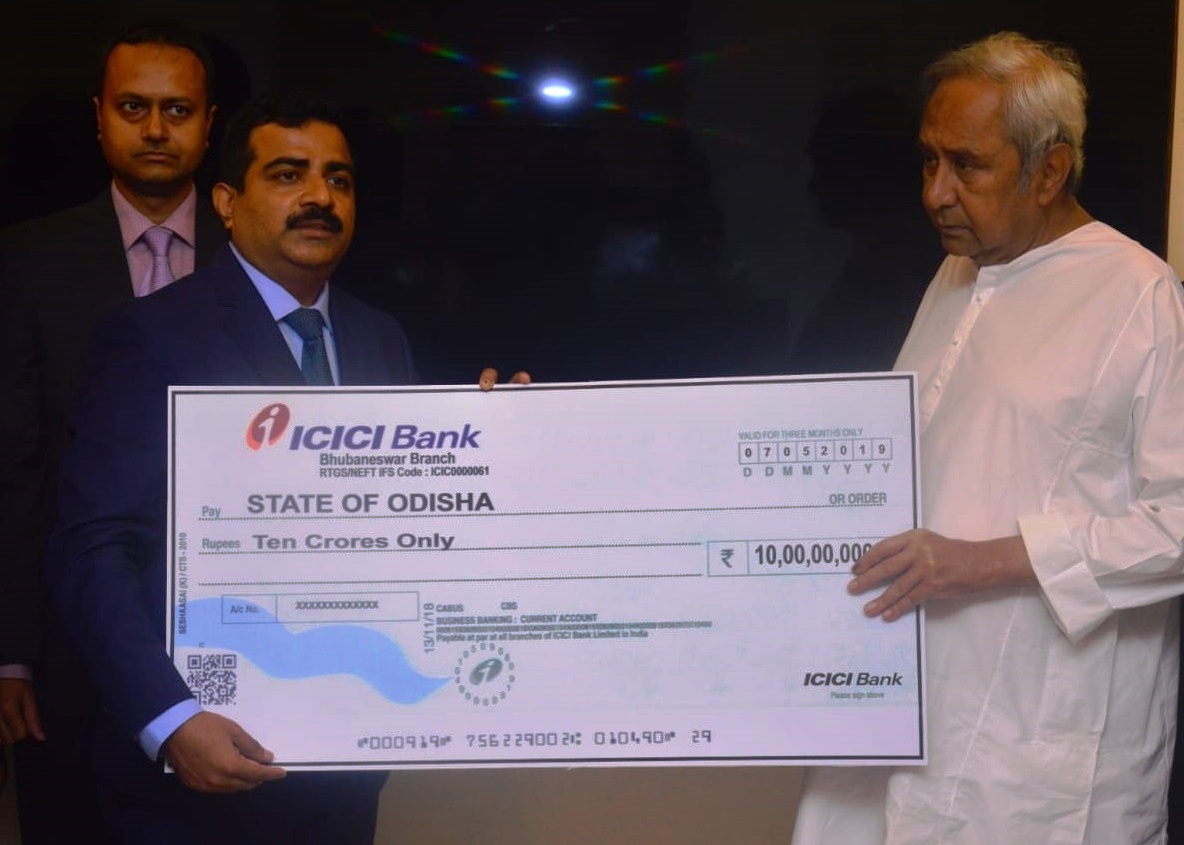 The major part of this contribution has been extended to the Chief Minister’s Relief Fund. The Bank also contributed at the district level for relief work.

In addition, ICICI Bank has announced a slew of measures to help its customers in the affected parts of the state. The Bank will waive off penalties on late payment of EMI in May for retail loans—home, car and personal—for its customers who are affected by the cyclone. Also, there will be no penalty for late payment of credit card dues as well as no cheque bouncing charges for the Bank’s customers this month.

Shri Naveen Patnaik, Honorable Chief Minister of Odisha, said, “We thank ICICI Bank for coming forward and supporting the state of Odisha in this time of crisis. ICICI Bank contributed Rs. 10 crore for the relief and rehabilitation work in the state.”

Commenting on the situation in the state, Mr. Anup Bagchi, Executive Director, ICICI Bank said, “Our thoughts and prayers are with the people of Odisha in this hour of need. We, at ICICI Bank, are committed to assist the people of Odisha and give them a helping hand to recover from this natural calamity through our own initiatives as well as in partnership with the state government and district authorities.”