India Tour Of Australia Live On Sony Ten 1, Sony Ten 3, Sony Six Channels: Sony Pictures Sports Network (SPSN), home to the best of international cricket action, is all set to broadcast the highly anticipated India tour of Australia 2020 series which will feature 3 T20Is, 3 ODIs and 4 Tests, starting November 27, 2020 and will be aired LIVE on SONY TEN 1, SONY TEN 3 and SONY SIX channels in India from 8.00 am IST and will be livestreamed on its on-demand OTT platform SonyLIV. 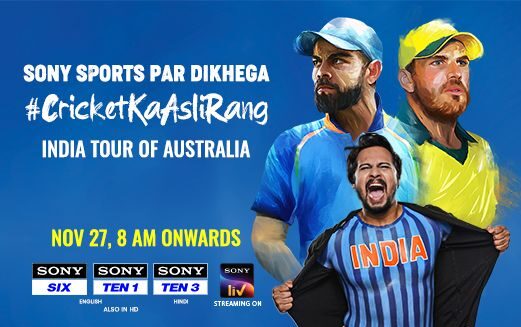 To further enhance the fan experience and ensure an unparalleled viewing experience for audiences across the nation, SPSN will return with its flagship studio show Extraaa Innings. Extraaa Innings will feature a star-studded line-up of legends and former cricketers like Glenn McGrath, Sanjay Manjrekar, Ajay Jadeja, Virender Sehwag, Zaheer Khan, Nick Knight, Mohammad Kaif, Murali Karthik, Vivek Razdan, Ajit Agarkar and Vijay Dahiya who will share their insights with viewers through the course of the series.

Harsha Bhogle and Arjun Pandit have been roped in as English and Hindi presenters respectively along with Erin Holland who will be the on-ground presenter for the series.

A state level functional will be organized on the occasion of...

Japan likely to extend emergency for Tokyo, other regions