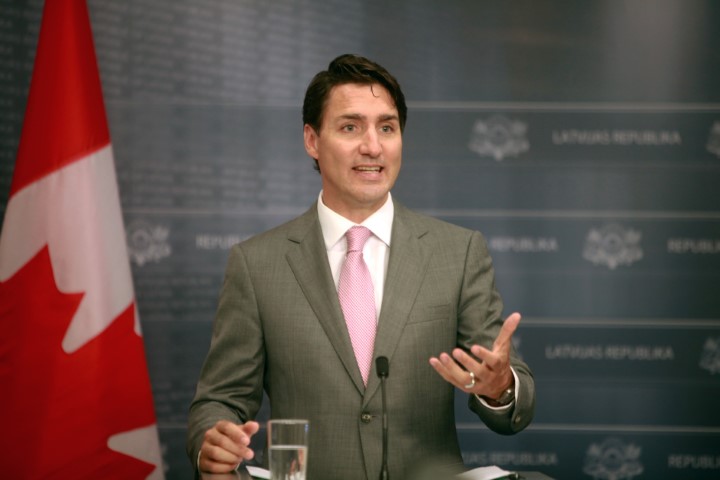 Last week, Trudeau had extended his support to India’s farm protests, claiming that the situation was “concerning” and Canadians were “all very worried about family and friends” in Punjab.

Sources in Toronto told IANS that soon after the Modi government summoned the Canadian High Commissioner in New Delhi over Trudeau’s remarks and Minister of External Affairs S. Jaishankar announced that he will skip the Canada-led Ministerial Coordination Group on Covid-19 (MCGC), panic struck in the government circles in Canada.

The Indian government had sent a clear message that such behaviour will affect the bilateral trade as it has already happened under the Trudeau government. The bilateral trade between India and Canada declined by around $1 billion from 2017-18 to 2018-19 after Trudeau’s pro-Khalistani approach.

Canadian investors view India as an attractive destination for investments, particularly in the post-coronavirus period. More than 400 Canadian companies have presence in India, and more than 1,000 companies are actively pursuing business in the massive Indian market.

After some deft diplomacy played by the Indian High Commission in Canada, sources said that Trudeau softened his stand when he was asked about the demarche issued by the Indian government. A humbled Trudeau in response said, “Canada will always stand up for the right of peaceful protest anywhere around the world and we’re pleased to see moves toward de-escalation and dialogue.”

Sources said Trudeau’s earlier rhetoric against India on the farm protests was driven by his political compulsions — he runs a minority government in his second term and continually needs to pander to his Khalistani vote bank.

Six lakh Sikh immigrants in Canada constitute a significant vote bank, with everyone from Trudeau’s Liberal Party to the opposition Conservative Party trying to woo them to their sides. Among the Sikhs in Canada, a substantial section is ideologically aligned with the Khalistan movement — a violent separatist Sikh militant movement in Punjab during the 1980s, sponsored by Pakistan. Thousands of innocent people in Punjab were killed by Khalistani militants before the Indian security agencies flushed them out completely.

Though the militancy was wiped out, in the last five years, Pakistan’s spy agency, the ISI, has been making efforts to revive the movement with the help of Khalistani diaspora in Canada, the UK and elsewhere.

In Canada, Khalistani politics continues to influence the Liberal Party and its foreign policy towards India. In the Trudeau government, Khalistani and Pakistani Canadians have assumed significant positions. While Canada’s Defence Minister, Harjit Singh Sajjan, is a Khalistani sympathiser, the leader of the opposition New Democratic Party (NDP), Jagmeet Singh, too is a staunch supporter of Khalistanis.

War of Pride in CGC Jhanjeri