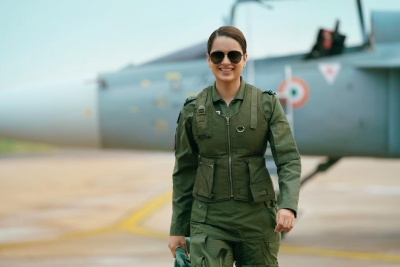 It will be released in the honour of armed forces in theatres next Dussehra.

The movie revolves around a daring female pilot played by Kangana and is based on how women pilots can play a important role in keeping our nation safe from external forces. It is a tribute to the brave soldiers of the country.

Mahesh Bhatt to enter the Punjabi Film Industry through a Movie...