newznew (chandigarh) : KEA was to publish the CET seat matrix on Tuesday, however, it seems the original schedule will be followed and KCET 2017 seat matrix will be out today only. The Karnataka Examinations Authority (KEA) had issued the revised schedule on 13th June, according to which the dates of first round seat allotment were preponed. The notice read, “As per the directions of the Government, the schedule for first round of seat allotment given in the CET 2017 brochure has been revised.”

As per the initial schedule, the display of seat matrix along with the fee structure was to be done on 14th June (after 4 pm). However, when the Higher Education Department requested the COMEDK authorities to postpone its counselling dates, KEA decided to revise its own schedule. The request to postpone COMEDK counselling was made so that CET counseling for government and government quota engineering seats in private colleges be held before it.

Many students had raised the concerns for holding CET counselling before that of COMEDK seats as the COMEDK seats are almost three times expensive than the government quota seats. If the counselling for COMEDK seats is done before CET, the students will have no choice but to accept the seats allotted through COMEDK counselling. Keeping this in mind, KEA decided to revise the schedule for the first round options entry. 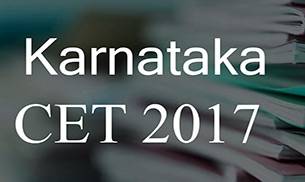 As per the initial schedule mentioned in CET 2017 brochure, after the display of seat matrix, the option entry was to enable from 15th June (11 am) to 23rd June (11 am). And as per the revised schedule, option entry was to be operational from 14th June (11 am) to 22nd June (6 pm). The publication of mock allotment results has also been preponed from 24th June to 23rd June. KEA will publish CET mock allotment results on 23rd June after 4 pm now. While the real allotment result will be available on 25th June, instead of 27th June as notified in the brochure. However, the last date for reporting to the allotted college remains the same, 30 June before 5.30 pm.

KEA is currently holding document verification process for CET 2017 qualified candidates which will be completed by 21st June. The document verification is being done in 15 Helpline centers. Karnataka CET 2017 was conducted on 2nd & 3rd May in which around 1.8 lakh candidates had appeared. The test was conducted for merit-based admissions to engineering, pharmacy, agriculture and allied courses being offered in the colleges across the State. The results of CET were declared by KEA on 30th May.

KEA will be publishing the CET 2017 seat matrix, after which the option entry by eligible candidates will begin. The options entered by the candidate for the first round will remain same for all the rounds of seat allotment and the candidates will not be allowed to enter the options again. Addition of new options will be allowed only for those colleges and courses that come into the seat matrix after first round.

The CET seat matrix in respect of Medical, Dental, ISM & H, Engineering, Technology and Architecture courses, Farm Science, B-Pharm, Pharm-D as notified by the Government will be published on the KEA website www.kea.kar.nic.in before the commencement of seat allotment to the respective disciplines.

KEA had also opened the applications for NEET and NATA candidates. The online registration/ submission of marks (for NATA) will close on 15th June.

4 Ways CBD can help with the Pain Management