Arguing that pharmacy education courses are not technical programmes, the 69th Indian Pharmaceutical Congress (IPC) , which was going on at Chitkara University campus near Chandigarh, has passed a resolution urging the Union Government to liberate all pharmacy courses from dual control of two agencies, PCI and AICTE on the concluding day of the three day conference . 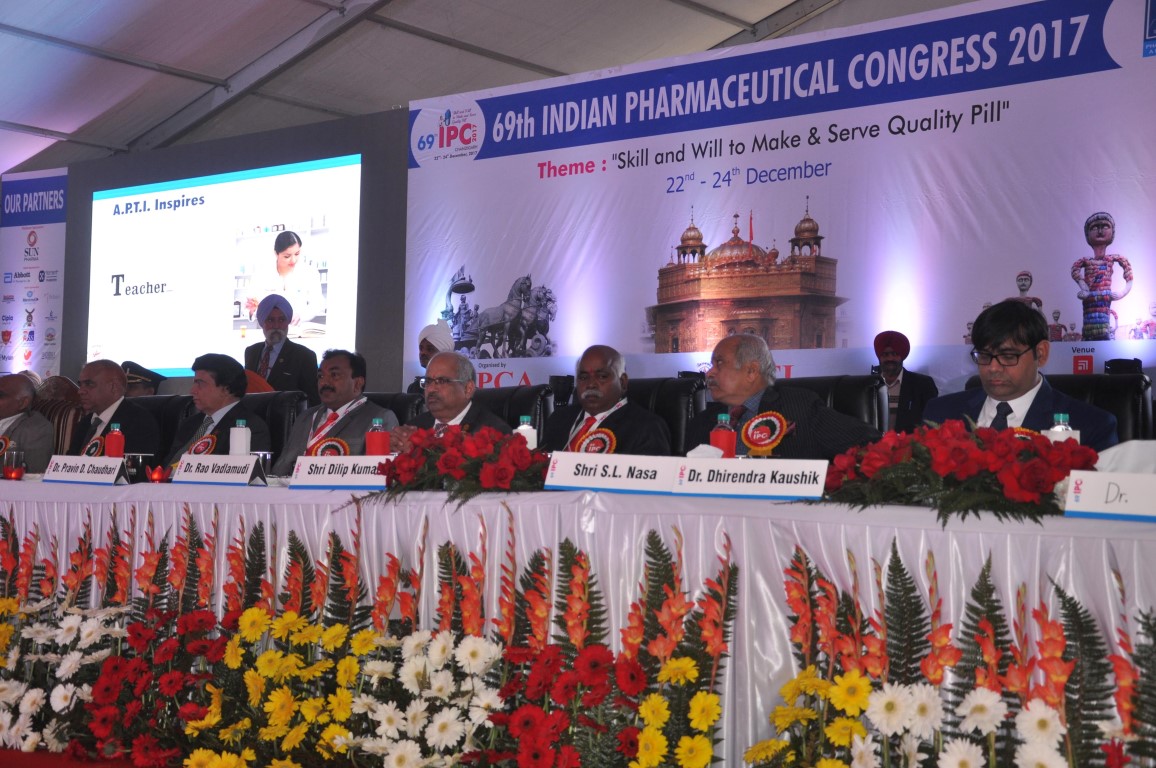 Dr Shailendra Saraf, Chairman, Local Organising Committee informed media that “the IPC issue of dual control of pharmacy education in India by Pharmacy Council of India (PCI) and All India Council for Technical Education (AICTE) has been affecting quality and prospects of pharmacy professionals for some time now. No initiative has been taken by the Central Government to sort out this issue even after repeated representations by the PCI and pharmacy professionals in the past. PCI made an appeal to all the pharmaceutical associations, pharmacy professionals and new graduates to come together on one platform to press for a single regulating body for the pharmacy education in the country. Nothing much happened even after that appeal”.

“Indian Pharma Congress is upset mainly because AICTE is also sanctioning new pharmacy colleges and conducting periodical inspections of these institutions without the knowledge of PCI. In view of this, there is confusion existing among the pharmacy colleges, students and common man as to which authority is actually responsible to ensure standards for the pharmacy education and the profession. Now, the Pharmaceutical Congress has brought in a resolution urging the Central government to do away with the AICTE control on pharmacy courses in the country”.

Contrary to the cases of medical, nursing and dental educational courses, the pharmacy education, which is also part of the healthcare system, comes under the regulatory purview of the technical education regulator, All India Council for Technical Education (AICTE). Along with statutory power to regulate the educational programmes of engineering, technology, architecture, town planning, management, applied arts and crafts, hotel management and catering technology, the Council has been given the power to regulate the standards of degree and post graduate programmes in pharmacy conducted by academic institutions affiliated to various universities.

According to Dr Dhirender Kaushik, Organising Secretary, LOC, PCI 2017 “the dual control over pharmacy education by AICTE and PCI creates hindrance for maintaining quality education all over India. Pharmacy education in the country needs to be improved much as per global standards. So, AICTE‘s interference in the management of pharmacy education should be done away with for the greater interest of the profession. For this, the Central Government’s attention is required for suitable amendments in the act eventually to liberate the courses from the clutches of dual control”. 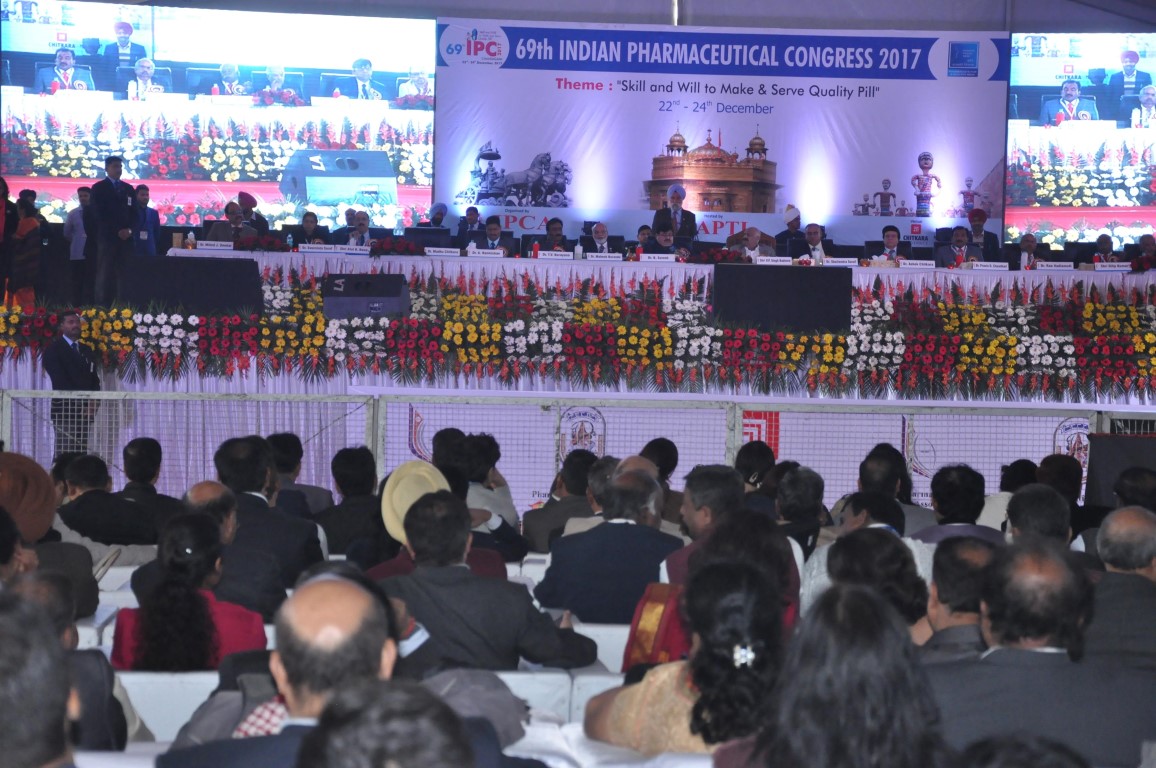 On the concluding day, the Pharma Congress has adopted some crucial issues in their resolution related to improvement and strengthening of pharmaceutical industry and overall profession of the country. Another important issue adopted in resolution was related to the bulk import of active pharmaceutical ingredients (APIs), pharma raw materials required for drug formulations. APIs and intermediates are key raw materials to manufacture pharmaceutical formulations such as tablets, capsules, syrups, etc. The pharma industry and the policy makers have raised concerns over India’s rising dependence on imports from China for many APIs that go into the making of a number of essential drugs.

“India may have emerged as a key supplier of generic and affordable medicine for the world market, its overwhelming dependence on China for crucial raw materials, such as active pharmaceutical ingredients (APIs) and intermediates, to the extent of over 75 per cent of the requirement, has emerged as a main worrying area”  according to Dr Kaushik

Apart from above issues the Congress has urged Union government to put in place an effective mechanism for the enforcement of safe drugs through pharmacists only by making amendments in the Drug & Cosmetics Act 1948.

Over 10,000 delegates from India and abroad have assembled here to participate in the Congress making it a mega event for the pharmaceutical industry. The Indian Pharmaceutical Congress is a national annual event of pharmacist from all walks of pharmacy profession assembled to deliberate various issues relating to industry, regulatory, academia, hospitals and community pharmacy and to evolve collective wisdom for formulating newer policies for the country in the relevant fields and for the betterment of mankind.

The 69th IPC was being held at Chitkara University, near Chandigarh during December 22-24, 2017 and it was hosted by Association of Pharmaceuticals Teachers of India (APTI) and Indian Pharmaceutical Congress Association (IPCA) together. This year’s theme “SKILL AND WILL TO MAKE AND SERVE QUALITY PILL” envisages how Pharmacists can play a leading role in the country to promote and realize the vision of Healthy India as well as stimulate discussions and thought process centered around how the country and the pharmacy profession respond to realize the vision.

Cobblerz unveils Hand Made footwear for him & her!!