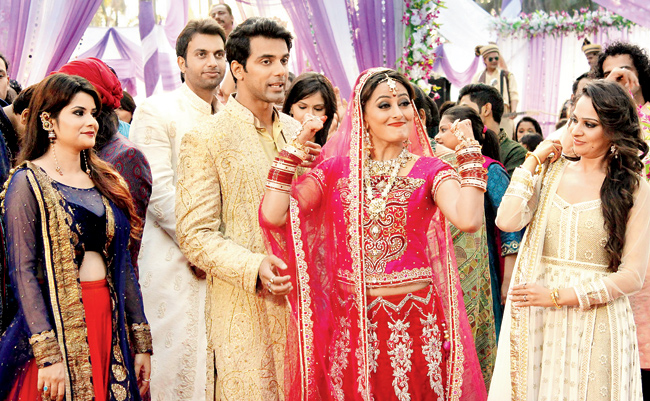 Love Shagun has been shot in various locations like Goa, Mumbai and Bhopal. A wedding song was filmed at Madh Island. The shoot of the film began in 2015 and at the moment movie is ready to release on 11th March 2016. Choreography for the Movie is done by Tejas Dattani.

JD, a young man is at an important stage in his life of choosing a life partner.Looking like a plain situation which all youngsters go through, JD is accompanied by an unusual combination of problems, one of a persistent pressure of marriage from his mother and second of the astrological predictions surrounding them. Caught in a fix, JD fights the battle with his three friends, Sandy, Sumit and Deepak who have their own definitions of love. All three friends try different solutions to get JD’s life sorted and plan to find a girl for him whom he can divorce. JD in the middle follows all the tricks and plans and ends up meeting Tia, a modern and independent girl who follows her own mind. But much to their surprise, the story unfolds differently and JD finds himself in a larger soup than he had imagined. Between following his mother or his heart, JD is caught in a problem that does not seem to solve.

AISU Recommends Common Entrance Test As A Step Towards Professionalization Of...