Congress has lost its confidence and MC polls will be one-sided in favour of BJP: Sanjay Tandon 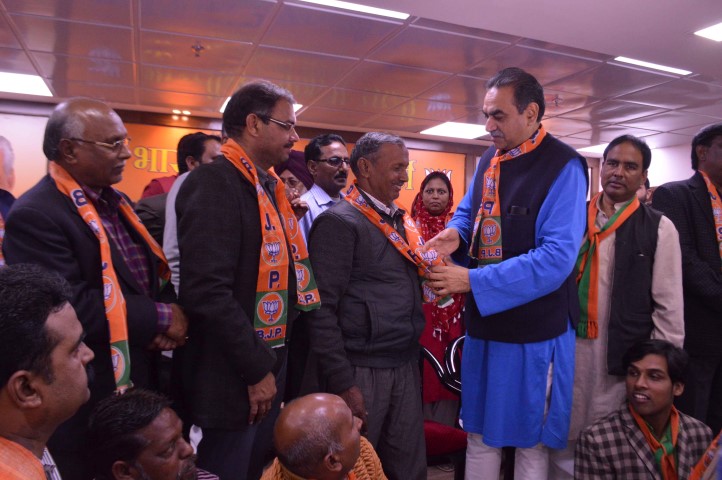 Sanjay Tandon, BJP Chandigarh State President while welcoming the leaders said their joining will further strengthen the party. He said with so many Congress workers joining BJP shows that Congress leaders have lost its confidence.

Taking on the Congress over terming BJP’s Vision Document as a pack of lies, he said they should come face to face and explain how achievements mentioned in the vision document are being termed as fake. He also referred to Congress’ claim that the works completed by the BJP were conceptualized during Congress regime, but they have nothing in black and white to prove it. “Congress has not been able to settle their internal differences and it only brings out that MC election will be a one-sided affair and BJP is all set to sweep the elections”, he added. 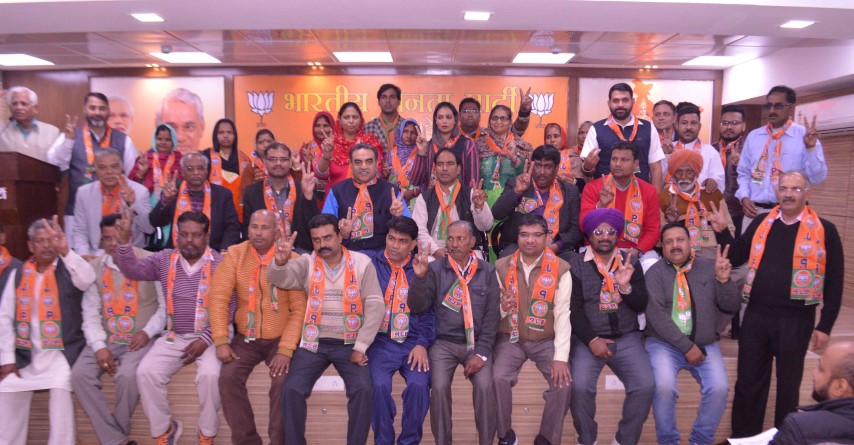 Joining of Congress leaders and party workers in such a large number clearly points out that the Congress party members are disappointed by the functioning of the party.

Advocate Hira Lal Kundra, President Block 11 Congress Committee who joined BJP today had worked for Congress for more than two decades. Kundra said, “Congress is not a political party with ethics and is a private company being administered by Congress leader Pawan Kumar Bansal, his family and his aides.”

He said Kamlesh, the Congress candidate was involved in numerous illegal activities was given a ticket for the upcoming MCC elections. Kundra said, “Congress party’s 11-member elections committee is mere a mirage to make the election process appear transparent whereas the selection process happens at Bansal’s house in sector 28.”

Kundra also brought to the notice that how Kamlesh, during her tenure, misused her position. He said, “During October 2012 till January 2014 almost 60 centres of the Samaj Kalyan Board were functional in Chandigarh but at the moment only 4 centers are operational. It is all because she used to pressurize the NGOs for her commission in the fund that was allotted to these NGOs by the government. Disgruntled with her such demands the NGOs surrendered and shut down the centers.”