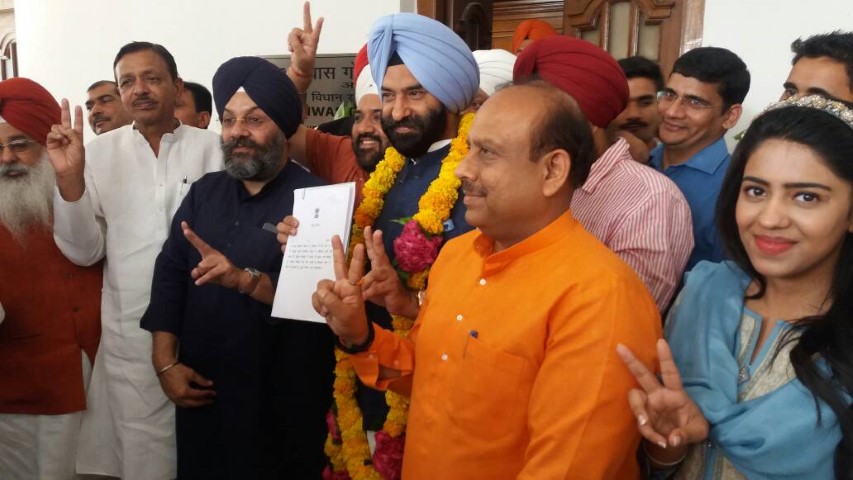 Later talking to newsmen after taking oath Mr. Manjinder Singh Sirsa said that he was thankful to people of Rajouri Garden for reposing faith in him and assures them that he will work to fulfill the aspirations of people. He said that mandate of the Rajouri Garden is mandate for development of area. He said that he will raise issues of public concern including their welfare and other issues inside and outside the house. 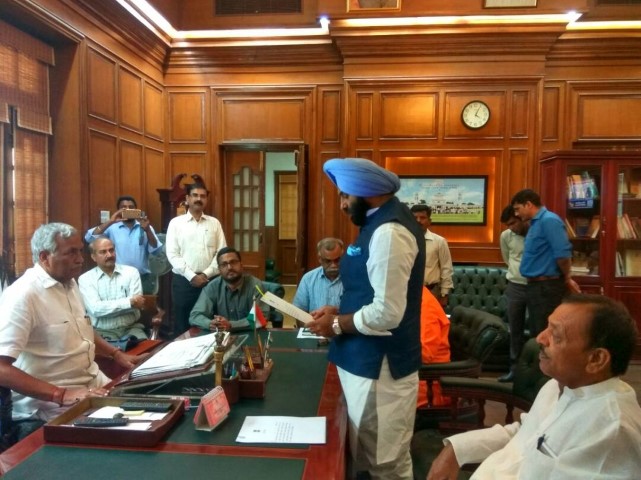 Mr. Sirsa further said that this election has provided an opportunity to him to raise non performance of AAP government and non fulfillment of false and misleading promises to people by Mr. Arvind Kejriwal and his team. He said that after giving crushing defeat to AAP in his election and MCD elections whose results will be declared tomorrow now people want to establish pro people Government led by BJP in Delhi and eagerly waiting for snap polls. Leader of opposition and MLA Rohini Sh. Vijender Gupta, BJP MLA Sh. Jagdish Pradhan, President DSGMC S. Manjit Singh GK, Executive Member S. Paramjit Singh Chandhok and many other BJP & Akali Leaders were also present at the Oath Ceremony.

Shemrock School celebrated Republic Day with fervor at its campus