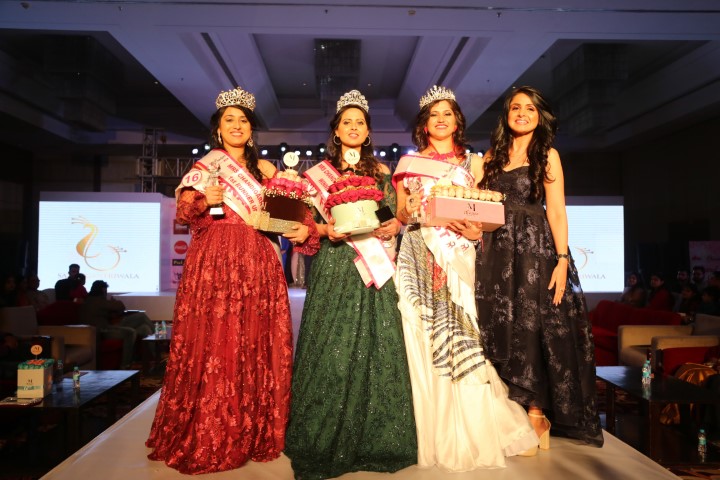 Twenty four married women from Chandigarh, Panchkula, Mohali and neighboring towns  participated in the beauty pageant which gave them a platform to  display their talent & skills in front of an eminent  panel of celebrity judges. Neha Julka Arora, who is the winner of Mrs. Punjab- Pride of Nation 2016, was the brain behind & Brand Ambassador of Mrs. Chandigarh- a woman of substance 2018. The event was put together under the banner of Bombshell Creations.

“Mrs. Chandigarh aimed to create & empower role models who will serve as ambassadors for world change and to enrich the perceptions of beauty. The idea was to help in the advancement of women in every sphere while enforcing the idea of charity and communal harmony.

I feel that the beauty pageant not just provided the participants a platform to show their talent but also developed confidence in them and polished their personalities. ” said Neha Julka Arora, Mrs. Punjab- Pride of Nation 2016 and organiser of Mrs Chandigarh A woman of substance.

The contestants who took part were in the age group of 18-45 years, and were selected through a vigorous process of auditions.   The ladies competed for the three main titles -those of  winner, 1st runner up & 2nd runner Up. Apart from these there were many subtitles too that were announced . Mrs. Beautiful hair was won by Dr. Ankita Gupta, Mrs. Eyeconic Eyes went to Inha Anand, Mrs .Body Beautiful was bagged by Balreet Mann,         Mrs. Photogenic title was earned by Neha Sharma, Mrs. Beautiful Smile went to Rajni Sidhu, Mrs. Ramp Walk was Neha Sharma,· Mrs. Talented subtitle went to Ranjana Garg,   Rashmi Bhargava was adjudged Mrs. Goodness Ambassador , Mrs. Beautiful Skin went to Deepika Sudan, Mrs. Congniality was won by Sapna Maria, Mrs. Refreshing Beauty went to Neha Khullar, Jyoti Kalra became Mrs. Fashion Icon, Mrs.Getaway Goddess was bagged by Shikha Thakur, Mrs. Perfect Lifestyle went to Monika Khokkar, Mrs. Trend Setter went to Chitwan,Woman of Self Belief went to Sarabhjit Kaur from NGO Inner wheels Chandigarh harmony – it was a special subtitle to give honor to a special woman nominated by an NGO. 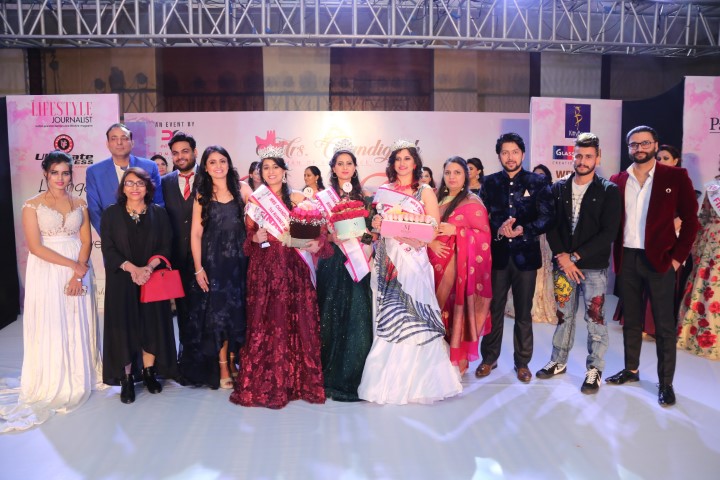 The first round was that of introduction and traditional outfit, in the second round contestants did a catwalk in Western casual outfits and in the third and final round the participants fielded queries of judges and also sashayed down the ramp wearing evening party gowns.  Famous comedian and actor Balraj Syal was part of the panel of judges.

The mentors of the pageant also included Parinoor a soft skills trainer, Aruna a choreographer, Abhishek Gagneja Owner of Ultimate fitness gyms and Dr Mohit Makkar among others.