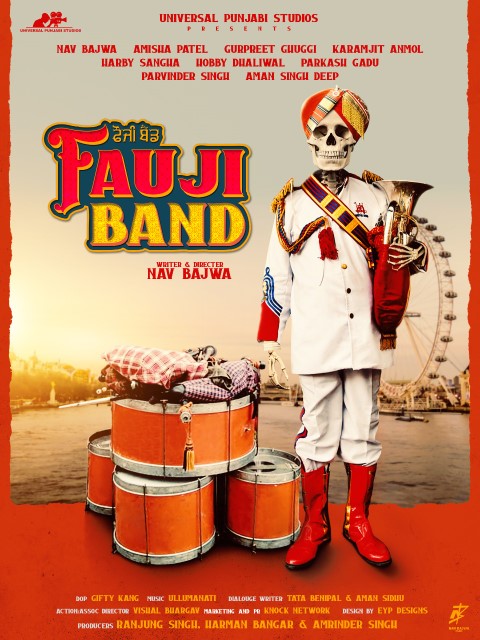 This movie is produced by Ranjung Singh, Harman Bangar and Amrinder Singh. Its story revolves around a local band group in Punjab who plays band at weddings and somehow certain problems always occur with them, but once things go really well for them and they get invited to U.K. for a wedding and there they face horror incidents. Overall, the movie is a comedy drama.

She even expressed with elation,” I am really looking forward to a two week schedule starting in April, it shall surely be a fun experience.”

The Protagonist of the movie, Nav Bajwa also said,” I am really excited and happy to work with Ameesha Patel, it is her debut Punjabi film.”

Talking about the movie, Nav Bajwa expressed,” This movie has a very unique concept and surely will be a trendsetter in the Punjabi Film Industry.”

Shooting of “Fauji Band” is going to start in February next year. This film will be out in the theatres in second half of 2021.