NewZNew (Mumbai) : Last month released, Ram Madhvani’s directorial film ‘Neerja’ has completed its 3 weeks journey at box office with outstanding performance through out. Despite new releases, this film remained unaffected and raked excellent business across the country as well as in overseas. Sonam Kapoor starrer Neerja has been released with decent hype among audience, but its content and super positive reviews of critics have boosted up its hype to seventh sky. The actress has given best ever performance of her career in the film as ‘Neerja Bhanot’ and is being appreciated by everyone for this. 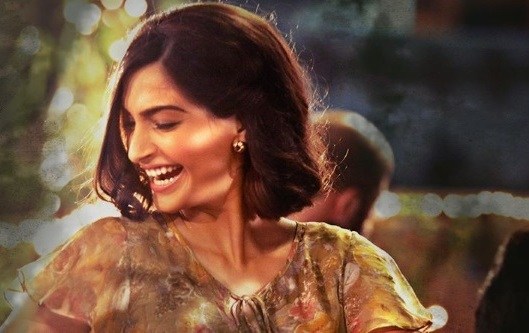 In its first two weeks, Neerja had witnessed tremendous response from audience and minted the amount of total 57.75 crores on Indian screens, that includes 35.32 crores of first week and 22.43 crores of second week. In its third weekend due to the new strong release Jai Gangaajal, it got affected little but still raked 6.04 crores, comprises 1.15 crore of Friday, 2.20 crores of Saturday and 2.69 crores of Sunday. Till the end of its 17th day, total collection of Neerja was recorded as 63.79 crores at domestic and 24.81 crores at overseas box office.

With expected drops in weekdays, the film has raked the business of total 3.86 crores in last 4 days, that includes 1.45 crore of Monday, 0.90 crore of Tuesday, 0.81 crore of Wednesday and 0.70 crore of Thursday. These figures have made the total collection of Neerja after 5 weeks as 67.65 crores at domestic box office. Now Himesh Reshammiya starrer Teraa Surroor is being released at box office from today, let see will Neerja be able to hold much in its fourth week?

Fisheye addresses women in advertising with a video on #MeToo