newznew (Chandigarh) : He Started as a singer and now is the new actor in Punjabi film industry. Ninja, a heartthrob of many people and a singer with brilliant singing skills will now be seen in a lead role in his debut movie ‘Channa Mereya’. The film is a product of White Hill Studios and is a directed by Pankaj Batra.

From a middle class boy to becoming Ninja, it was surely not a cake walk for this young lad from Ludhiana, Punjab. He started his journey as a singer and has struggled enough to reach this stature. He has always given his best as a singer and now playing a lead in a film is a huge step in his career. While shooting he faced a lot of challenges and got injured many times. He got a serious fracture in his leg as well, but this didn’t stop him from delivering his work. 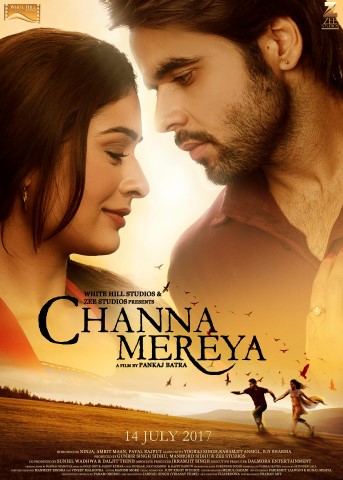 “Channa Mereya is like a dream come true. I still remember we begin with a shoot in -6 degree temperature and there was a scene where I had to run on a road full of snow and it’s not that easy to run on it because the road becomes too slippery after snowfall. During the scene I slipped badly and got many injuries. I suffered a fracture in my leg during one of the scenes and one of my fingers also got badly injured. All this couldn’t stop me from focusing on things which I had to achieve. I think one’s dedication makes the person stronger and for me Channa Mereya did the same, therefore it is extremely special. Also, it was great working with such a supporting unit,” stated Ninja, while talking about the film.

“Ninja has done a great job and he is the one in which I could see ‘Jagat’ the protagonist of the film. Ninja has completely justified his character in the film. He got badly injured many times during the shoot but his courage and determination was amazing. I wish him all the success in the world,” said Director Pankaj Batra.

Ninja has already proven his singing prowess in various songs and now he is ready to establish himself as an actor. ‘Channa Mereya’ is all set to hit the theatres on 14th July.