Chandigarh: Punjab Chief Minister Capt Amarinder Singh has asked the agitating Punjab TET qualified teachers to immediately withdraw their protest to enable an amicable dialogue to resolve their issues, even as he agreed to examine their demands sympathetically within two weeks. 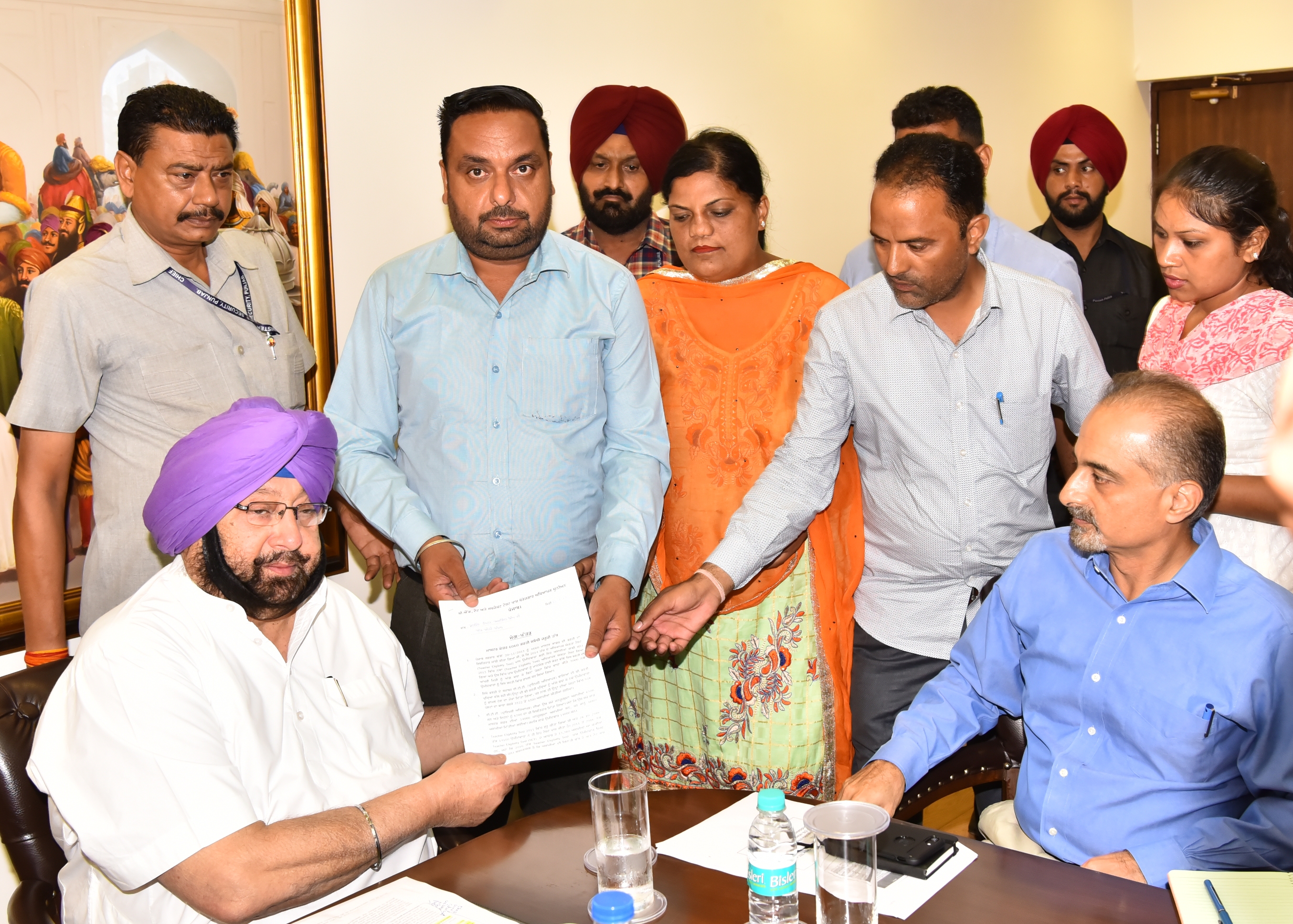 The Chief Minister made it clear that that his government was willing to consider their demands within the ambit of the law, but would not bow to any arm-twisting on the issue. He conveyed this to a delegation of the Teacher Eligibility Test (TET) passed teachers that met him at his official residence.

Chief Minister directed the Secretary Education to discuss and thrash out all the issues raised by the delegation within a fortnight but told the teachers that there could be no talks unless they withdrew their agitation immediately. An official spokesperson said Captain Amarinder has called another meeting with the teachers on August 1 to take the discussions forward, subject to the immediate withdrawal of their protest.

Referring to a key demand of the protesting teachers, the Chief Minister said the Education Department would seek legal opinion from Legal Rememberancer and the Advocate General before going in for any change in the number of posts that had been earmarked in their recruitment advertisement of 2015.

He also agreed to consider sympathetically their demand for relaxation in norms from seven to eight years for appointment of the TET passed teachers. As per the existing rules, they can only be appointed within seven years of clearing the TET examination conducted by SCERT (State Council for Education, Research and Training). Since these teachers had passed the exam in 2011 their eligibility for appointment would lapse in 2018.  The Chief Minister has asked the Secretary Education to take up this issue with the National Council for Teacher Education (NCTE).

Another issue raised by the teachers related to the age limit for appointment. The teachers are seeking relaxation of one year in the maximum age for appointment  –  from 37 to 38 years in the case of general category, and from 45 to 46 years for SC candidates. The Chief Minister has directed the Personnel Department to consider their case sympathetically with regard to age relaxation.

After giving the delegation a patient hearing, the Chief Minister also directed the Education Department to take up the issue of de-reservation of posts meant for Schedule Castes with the Welfare Department so that some candidates from among general candidates could be adjusted against these de–reserved posts.

Punjab to provide grant to kids orphaned during Covid