In a scenario where lyrics of songs talk about the broken relationships and mistrust, the ‘Awaaz Punjab Di Season 3 fame’ – Kiran Kaur has revived the beauty of love with her new song- ‘Geda Gali Vich’. The song has been produced by Yadvinder Singh and directed by Kanwal Jit Singh where as the beautiful lyrics have been written by Rajni  and music given by Jaison Thind. The song has been released by Starbiz Records which had also released the singer’s first song- ‘Copyright’. The song was unveiled by holding its preview for media in presence of Kiran Kaur. In order to recognize the work of the talented singer, Yadvinder Singh, Managing Director, Starbiz Records, Jaison Thind-music director and model- Sahib Singh were also present. 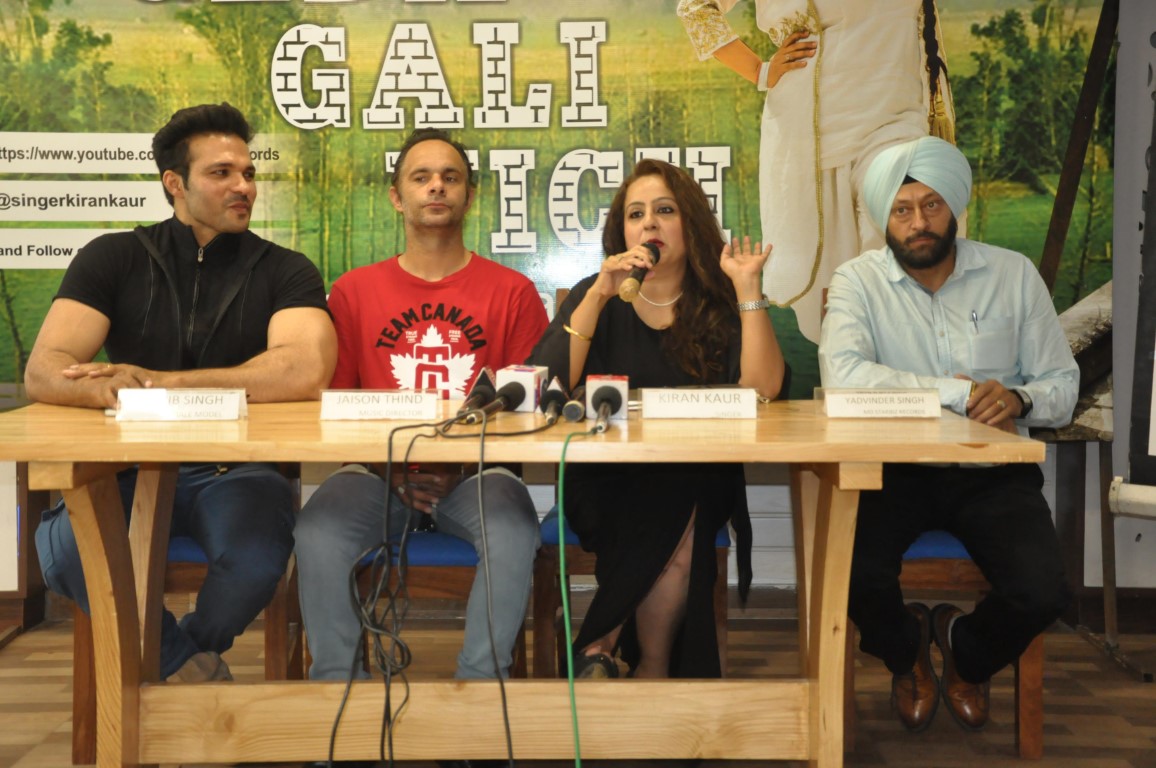 While talking to the media, Kiran Kaur said, “I think art, in any form, represents the picture of society. Love is being portrayed as fake and materialistic these days but in my opinion, it is that force which has bound all the relationships on earth & which we experience in our family also.  I want people to understand the meaning of love and don’t change their perception on the basis of few songs calling it fake.” Adds Kiran, “The motive in all my songs will be to showcase pure Punjabi culture & tradition in its abounding beauty. The lyrics, music, picturisation all will reflect Punjab’s heritage. The idea is to connect the youth with the state’s rich legacy and not present a concocted picture that at times today’s songs end up doing.”

Join Newznew on Telegram
Also Read :   Underrated importance of Masks and Gloves- Accessories you must have

Portraying a love story in which a person faces problems and finally resolves everything with a happy end, the 3 minute long song encourages positivity and was shot in different locales of Punjab.

Yadvinder Singh said, “Punjab is filled with talent and I believe if that talent is guided in a proper way, it can reach great heights. With this confidence, I have given and will keep on giving opportunities to singers with a passion of doing something.”

Kiran is not new to the industry. Her hall of achievements comprises of being a co-singer with legendary singer- Hans Raj Hans. She has recently been bestowed with Achievers Award by Mission News Channel and has also did playback singing in Bhojpuri. Apart from this, she sings Punjabi , Sufi, folk numbers and even Bollywood songs. Reaching different parts of nation, the singer with a blend of beauty and a melodious voice has been performing pan India in Weddings, Corporate shows, Mall shows, and Live Concerts.  It is noteworthy that she has shared same platform with popular Bollywood singer- Alka Yagnik  at Sutlej Club Ludhiana and has also performed live on DD Chandigarh on the eve of New Year. Her mesmerizing performance in First International Sikh Conclave made her get an honour from Governor of Punjab- Mr.  V P Singh Badnore.

After the current song, the singer will again be catching the attention of Punjabi music through a song titled ‘Sohne Yaar nu’ written by Kiran herself and a cover song of Shazia Manzoor the famous Pakistan singer — titled ‘Haye Dil Jani.’ Jaison Thind, the music director said,”Kiran has got a unique voice. She brings a different rhythm to the song while singing. I must tell you that at times she suggests me some incredible ways to bring out the music.”

Smoking Can Weaken Your Spine