Rishu, Ankush, Karan and Gurpreet get Simmi Marwaha memorial award: Journalism is considered as the fourth pillar of democracy in our country because it is the democratic way of expressing the expression of the masses. 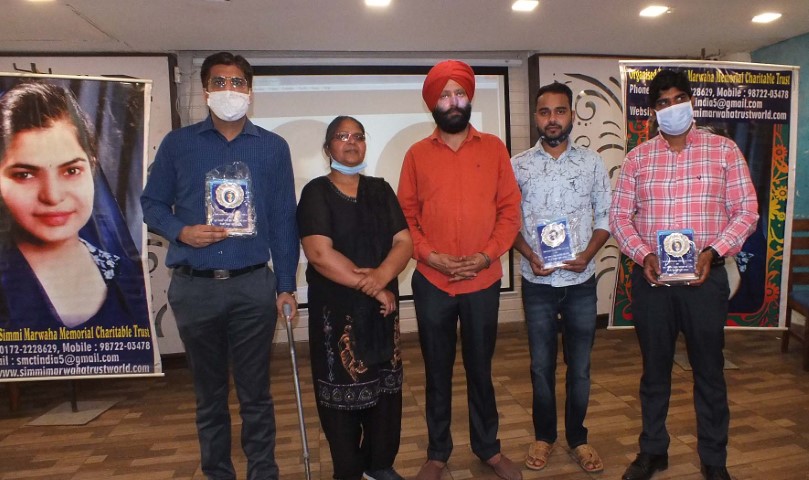 Those felicitated included print media, electronic media, and web media for their contribution in the field of journalism in addition to felicitation of a student from Mass Communication Correspondence department of Panjab University.

Baljit Marwaha said that in the way journalism has taken new techniques during the past, challenges have also increased for the youth. She said that every year on 3 April the contribution of young journalists is celebrated. The Trust has so far honored 64 journalists from across the country.