Zee Classic, with its brand proposition ‘Woh Zamaana Kare Deewana’, presents an evolved love story with Chori Chori Chupke Chupke on Sunday, 27th August at 7 PM. Starring Salman Khan, Rani Mukerji and Preity Zinta in the lead, this film upheld the concept of surrogacy for the very first time in mainstream Bollywood. A happily married couple, deprived of parenthood, opts for surrogacy to complete their family. This as a theme was way beyond time for Chori Chori Chupke Chupke and gained much acclaim from the audience. Directed by Abbas Mustan, this film had great music composed by Anu Malik. 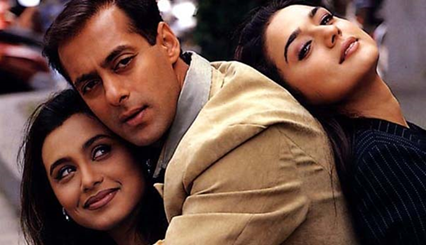 Raj (Salman Khan) and Priya (Rani Mukerji) are a happily married couple expecting their first child. But in an unfortunate accident, Priya faces a miscarriage and cannot conceive thereafter. Enter Madhu (Preity Zinta), whom the couple reaches out to for surrogacy on doctor’s advice, who agrees to carry their child in exchange of money. All goes well until Madhu falls for Raj and their lives get entangled in a love triangle.

What lies ahead for the trio? Will Raj and Priya become parents?

Splitsvillains to evict the beauties