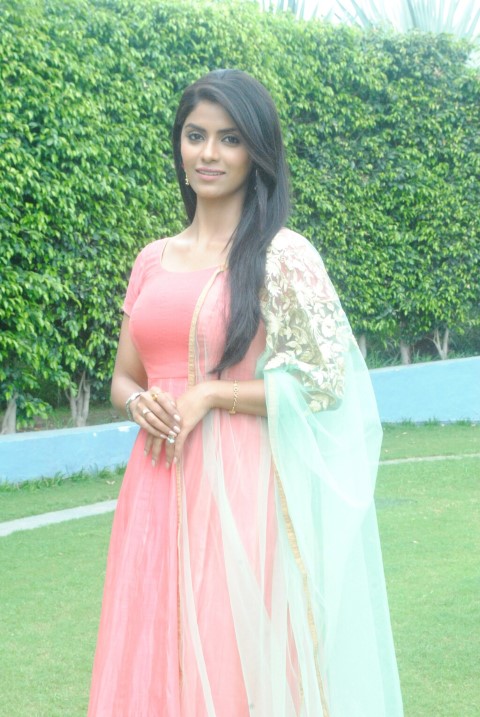 NewZNew (Chandigarh) : Veteran film maker Mahesh Bhatt’s newly launched show; Naamkarann, has already created a stir amongst the audience for its compelling storyline. While the ace film-maker has left no stone unturned for this high-octane drama, one of the most significant aspects of Naamkarann is its stellar star cast which also includes actress Sayantani Ghosh in the lead characters. A Bong Beauty who has time and again won the hearts of the audience with her acting prowess, she will be seen playing the role of Neela in Naamkarann.

Neela is a modern girl who holds a deep connect with her cultural roots. Having lost her own mother at a tender age, Neela looks up to Dayavanti as a mother figure, someone who inspires her in every way possible. A beautiful woman, Neela is an epitome of grace and compassion for her family and friends. Experiencing adulthood, she develops feelings of love for Ashish, played by Viraf Phiroz Patel, who is living a secret life away from the one his family and Neela are aware of. As the character unfolds on-screen, we will witness how Neela is an optimist, exploring her generosity and kindness towards her new relationships in the show.

Talking about Sayantani as Neela, Mahesh Bhatt said “Sayantani is television’s Shabana Azmi. She is an actor who takes great risks. She is playing the most important character of Neela which is infact the heart of our emotional saga. Witnessing her passion and commitment there is no doubt that she will take Naamkarann to enthralling heights.”

Excited about being associated with Mahesh Bhatt and a thought provoking story, Sayantani said “Neela is a strong, independent woman of today as well as a girl next door character. I have never played a character like this on telelvison. She is an extremely generous person and I’m definitely excited to portray her role for the show’s audience. I’m extremely thankful to Bhatt Saab for offering me Neela. Television has always been a beautiful journey and I’m glad this time it happened with a veteran who is par excellence.”

She added, I’m blessed to be a part of Naamkarann. It is a beautiful story of a unique girl who finds silver lining even in the darkest clouds. And what adds to the experience of the relationship which Neela and Ashish will share is the song ‘Dhoop Ka Tukda’ by legendary singers Anuradha ji and Kumar Sanu ji who have come together after 25 years for the show and Bhatt Sir.”

Mahesh Bhatt’s Naamkarann is 10 year old gritty, spunky, tough Avni’s journey to discovering her own identity without leaning on the support of a man. Arsheen Namdar plays the lead role of Avni and Barkha Bisht the role of her mother Asha.

Catch Naamkarann from Monday to Saturday at 9 pm on STAR Plus!