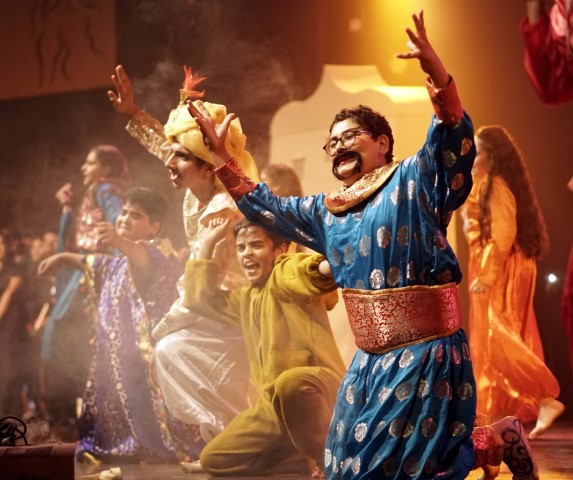 The production saw participation of 118 students who worked diligently for two months and brought their own individual charm to the grand stage. The coherent confluence of efforts put forth by the students, amidst great splendour, foot tapping music, groovy dance moves, synchronising rhythm and mellifluous music enthralled the audience. The quirky character of Aladdin, Jasmine and Vizier added a tinge of humour to the show.

The evening was one of magic, wonder and beauty which transported one and all to the fictional Arabian City of Agrabah. The tale unfolds a familiar saga of a poor young man, who is granted three wishes by a genie in a lamp which he uses to woo a princess and to thwart the sultan’s evil grand Vizier.

Principal Prineet Sohal, praised the sedulous efforts of the students for making the show a success and opined that literary activities enhance holistic development of students. “Aladdin is a fun story about acceptance and being yourself,” says   Principal Sohal. “It also allows for a mass number of students to participate.

Also Read :   'Varsha Ritu Sangeet Sandhya' to be held on August 4 in the City Beautiful