India’s fastest growing social media platform, ShareChat has now touched 12.5 lakh Punjabi users across Punjab, UK and Canada. This announcement was made during a media round-table in the city on Thursday.  Large social media brands are largely focused on English language with limited content in Indian languages. ShareChat is the only Indian social network competing with marque global apps and has witnessed rapid organic growth in a short span of time. ShareChat is available in 10 Indian languages of Hindi, Malayalam, Gujarati, Marathi, Punjabi, Telugu, Tamil, Bengali, Odia and Kannada. 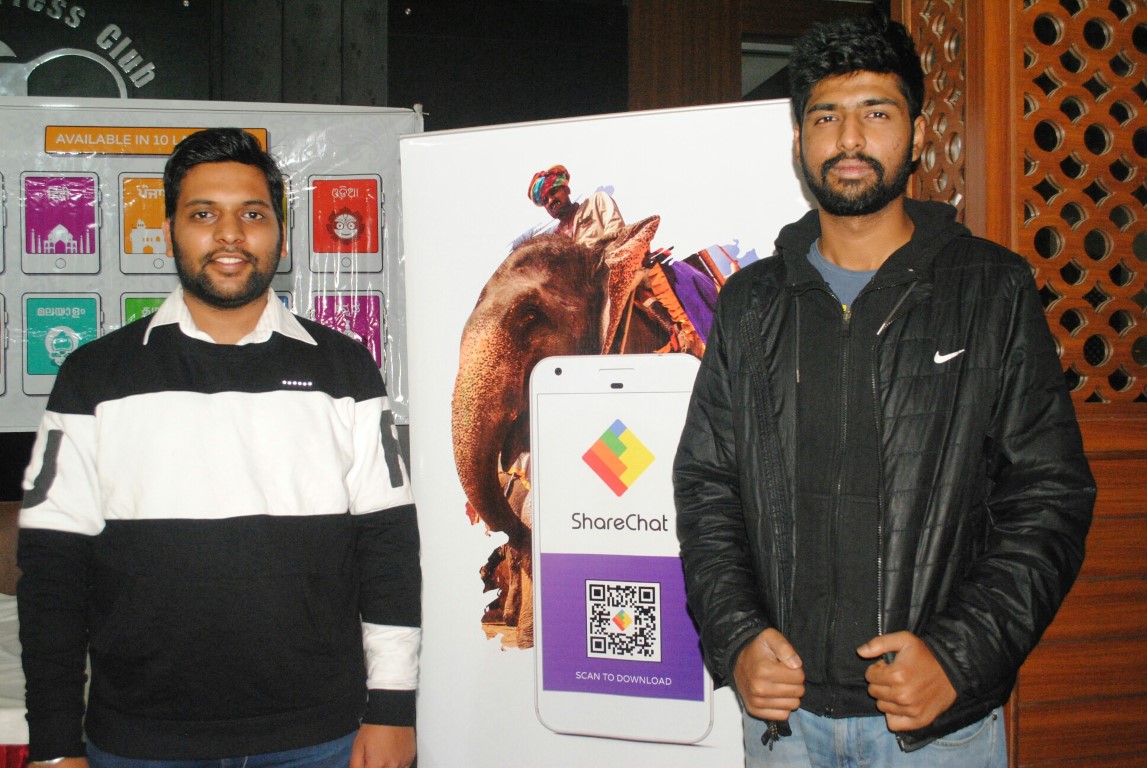 It is pertinent to not that majority of ShareChat users among Punjab is are male (75 per cent), however there is a strong representation of females as well (25 per cent). Punjabi songs, Karaoke videos with emoticons, patriotic videos, images and text, religious content,trolls in Punjabi characters and funny videos are the main topics of interest to the Punjabi users on the platform. “Punjabi ShareChat users prefer videos more than any other content forms mostly in funny and patriotic genres. This is something that is unique to the Punjabi users on our platform,”ShareChat community head for Punjabi, Ankit Bansal said. Recent trending topics on ShareChat in Punjabi are #Guru Nanak Dev Ji, #Childrens Day #Smog in Punjab, #Mens Day, #Guru Teg bahadur Ji, #Ind vs SriLanka, #Demonetisation Anniversary, #Aurat Da Sanman, #Wedding Da Season, #Happy Thandh,headded.

Join Newznew on Telegram
Also Read :   Children from Africa get gift of life at Fortis under Rotary Heartline Project

At the end of 2016, India had 23.4 crore users who used their regional language to access internet, bypassing the English Internet users of India. According to a study by KPMG-Google, this is likely to continue with 53.6 crore users accessing the Internet in Indian Languages by 2021. The Indian language internet users will comprise more than 75 per cent of the total internet users in India according to the report.

“ShareChat caters to the daily need of digital content and infotainment of first-time internet users in their own language. It provides a strong platform where people can express their opinions, share their talents, talk about trends and meet new people having similar interests. Punjabi is among our fastest growing languages on ShareChat,” said Prakhar Singhal, Head – Business, ShareChat.

About ShareChat: ShareChat was started by three IIT Kanpur alumni, Farid Ahsan, Bhanu Singh and Ankush Sachdeva, in 2015. The concept struck Ankush while trying to growth hack through WhatsApp groups to build an audience for their debate platform called Opinio. The platform did not take off, but they still had the WhatsApp groups on their phone with the target audience and that is where they realized the dearth of content availability in vernacular languages.

ShareChat users can create posts, follow other people, consume all types of multimedia content, talk to other people in comments and share things onto WhatsApp. There are categories and tags available for creating and consuming content in an easy way.